Pray for the World

Check out these resources, which are designed to help you pray for the world. We encourage you to bookmark these pages and return to them often, or sign-up for their e-mail reminders, which invite you to pray daily.

The 10/40 Window is located from 10 degrees to 40 degrees north of the equator from Western Africa to Eastern Asia. Nearly 4 billion people live here, including 90 percent of the world's poorest of the poor. It is estimated that 1.8 billion of these people have never had the chance to hear the Gospel of Jesus Christ. The 10/40 Window includes 67 countries where all of the world's major non-Christian religions are headquartered. For information and resources, including a one-month prayer calendar, visit the website of Window International Network. Their vision is “to see sustained, strategic, and informed prayer transforming unreached people for Christ in the 10/40 Window.” WIN also wishes “to inform, equip, and mobilize Networks of Prayer around the globe to empower effective evangelism, church growth, and discipleship in the 10/40 Window.”

The Baptist World Alliance prays for the church in different countries around the world each week, and they provide resources to help connect churches to other congregations around the world.

Operation World is a prayer resource written by Patrick Johnstone and Jason Mandryk. This day-by-day guide to praying for the world presents us with information about every country, including the population, economy, and religion. These and other valuable facts will assist you to be informed in your prayer. Operation World is an essential resource for the growing mission movement around the world. For specifics about each country, see www.24-7prayer.com/ow.

Episcopal Relief and Development offers suggested prayers for the world in times of crisis, natural disaster, and conflict, as well as prayers for refugees, women, and other oppressed populations. Their resources page also includes suggested liturgies and other resources for planning services.

The Global Prayer Digest is a daily devotional booklet that gives a glimpse of what God is doing around the world . . . and what still remains to be done. Daily prayer for that still-unfinished task is at the heart of the Adopt-A-People movement. Condensed missionary stories, biblical challenges, urgent reports, and exciting descriptions of unreached peoples provide a digest of rich fuel for your own times of prayer for the world. 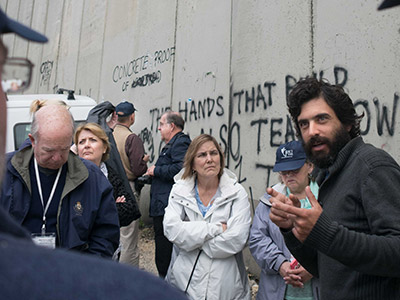