God is working in the world! As Christians, we are called to know about, pray for, and be aware of what is happening on a global level. Try these online sources for news about Christians around the world.

Mission Network News (MNN) is a mission news service dedicated to keeping Christians informed on evangelical mission activity around the world; in doing so they hope to educate and motivate Christians to prayer, participation, and support of missionary work to help further the Great Commission. MNN is committed to providing the most current, relevant, and compelling mission news available. Their radio network, satellite links, and Internet affiliates enable them to reach millions with mission news within hours of the event.

This magazine and website updates news daily from around the world. They cover a broad array of topics such as world news, Christian news, news of the Israeli-Palestinian conflict, and much more.

Christianity Today magazine provides evangelical thought leaders a sense of community, coherence, and direction through thoughtful, biblical commentary on issues and through careful, caring reporting of the news.

Christian World News is a half-hour weekly news program devoted to the work of the Holy Spirit around the globe. Produced by CBN News, this award-winning newscast airs at various times in the United States and around the world. Drawing on a vast network of news sources, Christian World News reports exclusively on the work of the church in such places as Eastern Europe, Central Africa, Latin America, and the Middle East. Stories focus on international missions and revival and provide in-depth coverage exposing the persecution of Christians worldwide. The program also examines the American church, focusing on major evangelism efforts, prayer movements, defense of religious rights, and much more.

The Christian Science Monitor is a newspaper published by the First Church of Christ Scientist in Boston, Mass. The Monitor's combination of church ownership, public-service mission, and commitment to covering the world gives the paper a uniquely independent voice in journalism. Unlike most U.S. dailies, the Monitor does not rely primarily on wire services, for its international coverage. They have writers based in 11 countries, including Russia, China, France, the UK, Kenya, Mexico, Israel, and India, as well as throughout the U.S.

The Christian Post is the most comprehensive and up-to-date source of Christian-related news in America and a majority of the world. Established in 2000 with the vision of delivering the good news and spreading the light of Christian culture through the Internet, The Christian Post provides the latest in Christian news nationwide and worldwide from a wide range of areas including church, ministries, missions, education, entertainment, health, and more.

Joel News is the international e-zine for prayer, revival, and church growth. It aims to supply encouraging and reliable news about what God is doing worldwide. The international edition is published weekly in English and contains encouraging reports from all over the world. 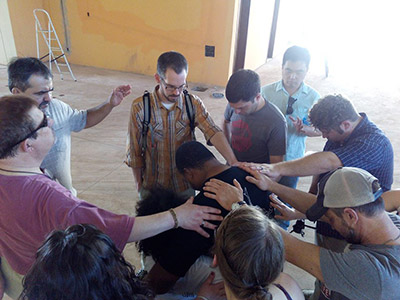