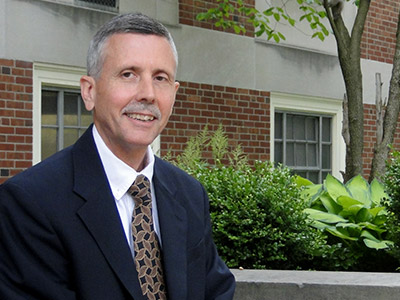 By the end of the course, students will be able to examine and explain three primary aspects of Christian political resistance. First, the way in which “ordinary” Christian virtues (especially of truth-telling, caring, and dignity) are grounded in Scripture and particular theological traditions. Next, how these virtues have served in specific historical contexts as forms of resistance to oppressive political regimes (e.g., Nazi Germany¸ the Soviet Union, and Jim Crow America). Finally, possibilities for exercising these virtues in political resistance to structural social injustices in contemporary America.

In addition to classroom participation, assignments include reading responses and a final paper. Required reading includes Wallace Daniel, Women of the Catacombs: Memoirs of the Underground Orthodox Church in Stalin’s Russia; Philip Hallie, Lest Innocent Blood Be Shed; and Colson Whitehead, The Nickle Boys; and John Howard Yoder, The Politics of Jesus.

The Rev. Dr. John P. Burgess has taught at Pittsburgh Theological Seminary since 1998. He holds an M.Div. from McCormick Theological Seminary and a Ph.D. in Christian theology from the University of Chicago. An ordained Presbyterian minister and the author of numerous books, Burgess’s professional memberships include the American Academy of Religion, the Society of Christian Ethics, and the American Theological Society. He was a Fulbright Scholar to Russia in 2011 and again in 2018-2019, a Luce Fellow in Theology for 2011-2012, and a research fellow at the Center of Theological Inquiry in 2014-2015. These awards have supported his current research on the Russian Orthodox Church in post-communist Russia. Burgess is married and has three grown daughters, who are also his theological teachers.