The “Inside the PTS Curriculum” series gives you an inside look at what students are learning in their courses at Pittsburgh Theological Seminary. Each article focuses on one class, its subject matter, and what students can expect to learn. We’ll let you know whether the course is required or available for the Master of Divinity (MDiv), the Master of Arts in Pastoral Studies (MAPS), or Master of Theological Studies (MTS). 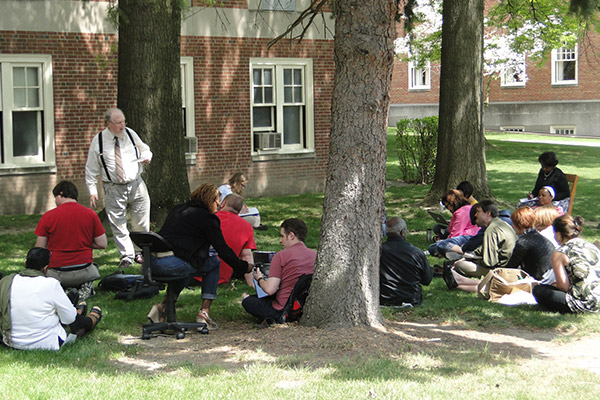 During this term, Pittsburgh Theological Seminary students will be learning about Old Testament exegesis in the class “English Bible Exegesis.” This course is open to students in the Master of Divinity (MDiv), Master of Arts in Pastoral Studies (MAPS), or Master of Theology (MTS) degree programs who have already completed an Old Testament course.

By the end of the course, students will be able to discuss the nature and character of English translations of the Bible, articulate a basic hermeneutical theory, and show understanding of how interpreters from various perspectives approach the task of interpretation. They will also have gained various basic understandings of biblical authority. Practically, they will be able to use an organized five-step exegetical procedure to explore an Old Testament passage.

The two required texts for the course are William P. Brown’s A Handbook to Old Testament Exegesis and Jacqueline E. Lapsley’s Whispering the Word: Hearing Women’s Stories in the Old Testament. Students will complete a “self-exegesis” reflection, write a critical essay on a secondary reading, complete exercises that lead up to the final project, and will undertake a major exegetical paper.

The Rev. Dr. Steven Tuell is the James A. Kelso Professor of Hebrew and Old Testament at Pittsburgh Theological Seminary. He received a B.A. from West Virginia Wesleyan College, an M.Div. from Princeton Theological Seminary, and a Ph.D. in Hebrew Bible at Union Theological Seminary in Virginia. Dr. Tuell’s particular research interests are biblical prophecy, particularly the book of Ezekiel and the Book of the Twelve, and the biblical literature of the early Persian Period. He has completed a textbook on the prophets (with Stephen Cook and John Strong) and his works in progress include a book on creation in Scripture. An ordained elder in The United Methodist Church, he has served churches in Pennsylvania, New Jersey, West Virginia, and Virginia. Dr. Tuell preaches and teaches frequently throughout the area.

What Can Faith Offer a Secular Society? 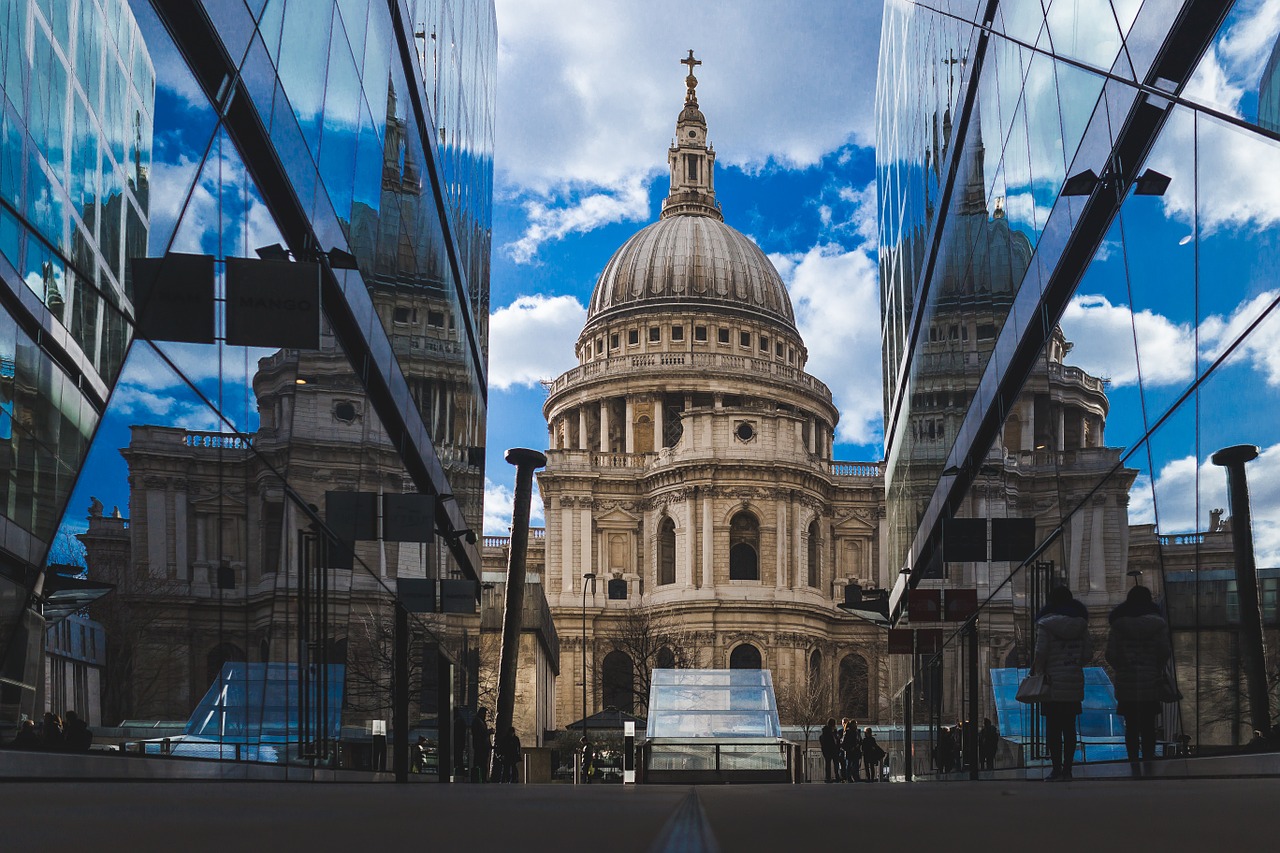 In many parts of the world, “Christendom”—the reality of the Church wielding political, economic, and/or cultural power—is over. Scholars may debate to what extent this is a good development for the Church or the world, but one thing is clear: in the West, the Church no longer exerts the influence on international, national, or even local events that it once did. Some (inside and outside the Church) have wondered whether it will have any role to play at all in society in the years to come. What can faith offer a secular society?

I’d like to share a reflection on this topic based on two readings that were part of my fellowship with the Newbigin House of Studies. This program is a nine-month online fellowship that provides theological formation by exploring the spiritual, public, and missional dimensions of the Christian life. Pittsburgh Theological Seminary is a partner seminary for this fellows program, so the fellowship provides credit for PTS’s Master of Divinity and other degree programs.

In short, the readings described below reveal a crucial role for the Church moving forward: to introduce God’s priorities to corporations and governments that are otherwise guided by the logics of capitalism and State survival.

Wendell Berry is an American novelist, poet, essayist, environmental activist, cultural critic, and farmer. I recommend all his writing—it is charming, insightful, funny, beautiful, and convicting. (You may even want to read Wendell Berry and Religion: Heaven’s Earthly Life, co-edited by professor Roger Owens.) In particular, I deeply appreciated his essay, “The Way of Ignorance.” After describing various types of ignorance and knowledge, Berry lists four questions we always face as humans:

• Who are we?
• Where are we?
• What must we do to live?
• How can we work without doing irreparable harm to the world, creatures, and ourselves?

Berry’s contention is not that corporations and secular institutions merely cannot answer these questions—it’s that they don’t even ask them. Because these groups admit only certain types of knowledge (e.g. empirical data) while rejecting all others (e.g. tradition, intuition, conscience), they are susceptible to many forms of ignorance—particularly the ignorance that grows out of unbridled lust for money and power.

Here the Church has something vitally important to offer to society. It can ask these questions and help provide answers. Berry reminds us of the two pillars of the Hippocratic Oath: to help, and to do no harm. While every group—secular and religious alike—embraces the task of helping, because it requires only knowledge, it is perhaps the special role of spiritual communities to champion the cause of doing no harm. This commitment, Berry claims, will require a culture of humility and compassion.

For a powerful example of what this special role can look like in the real world, let’s turn to a second reading. Shirin Shafaie is a teaching fellow in the Department of Politics and International Studies at the University of London. In her article “’Bringing Faith Back In’: Muslim and Christian Approaches to Nuclear (Non)-Proliferation and Disarmament,” Dr. Shafaie highlights crucial contributions that faith leaders have made in influencing national and international nuclear policy.

In 1995, when the UN secretary-general asked the International Court of Justice whether the use of nuclear force is permissible under international law, the Court answered, “[we] cannot conclude definitively whether the threat or use of nuclear weapons would be lawful or unlawful in an extreme circumstance of self-defense, in which the very survival of a State would be at stake.” Sadly, the ultimate priority of national and international bodies is State survival.

The Roman Catholic Church holds a unique position within the UN as both a religious tradition and a nation (the Vatican), but instead of pursuing State survival at all costs, they have voiced the need for human survival, along with pointing to the financial cost of nuclear weapons in the face of global poverty. While The United Methodist Church does not have such status as a nation, the tradition has not remained silent. On multiple occasions, the UMC Council of Bishops has issued statements condemning the possession and use of nuclear weapons. They grounded their position in the theology of shalom, describing it as “just peace,” a contrast to the common notion of “just war.”

There are many more examples of Muslim and Christian leaders engaging with this globally important issue. But let’s close here with Shafaie’s own words of observation and hope: “Far from being irrelevant or merely idealistic, faith leaders have in fact been perfectly capable of providing national governments and the international community with policy-oriented, theologically grounded, and morally substantiated analysis and recommendations for nuclear disarmament.”

Inside the PTS Curriculum: The Practice of Ordained Ministry

This week’s course is: “The Practice of Ordained Ministry.” 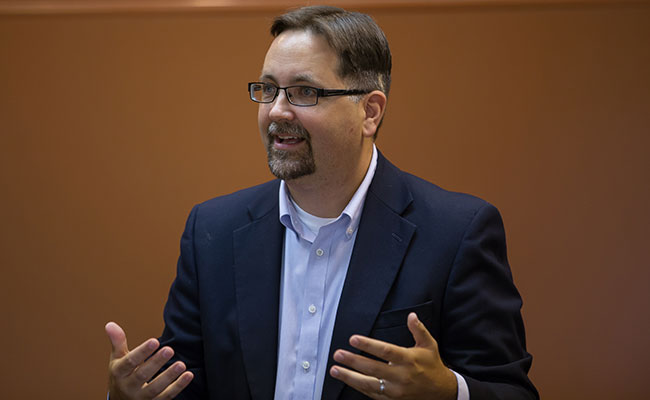 About The Practice of Ordained Ministry

During this term, Pittsburgh Theological Seminary students will be learning about ordained ministry with the Rev. Dr. L. Roger Owens in the class “The Practice of Ordained Ministry.” This course is open for students in the Master of Divinity (MDiv), Master of Arts in Pastoral Studies (MAPS), or Master of Theology (MTS) degree program.

This course will explore key topics related to ordained ministry, including the theology of ordination, the vocation of the ordained, the pastor as spiritual guide, visionary/strategic leadership, adaptive leadership, and sustaining a life of pastoral ministry. Students will also be introduced to skills and practices necessary for effective ordained leadership, including leading weddings and funerals, administering sacraments, leading staff, equipping laity, and overseeing financial and facility matters.

By the end of the course, students will be able to articulate a biblical/theological understanding of ordained ministry and express their own personal sense of vocation as it relates to that understanding. This will include being able to both imagine themselves as a spiritual guide (soul friend) and understand how the image of pastor as soul friend weaves through various aspects of the practice of ministry. They will be able to identify adaptive challenges facing many congregations and understand specific leadership strategies necessary to guide a congregation in addressing those challenges.

Students who take this course will understand the challenges to sustaining a life of pastoral ministry and will articulate how pastors can develop the character, discipline, and life of prayer that will help them face those challenges. Finally, they will have growing familiarity and confidence with many of the practical tasks of pastoral ministry related to worship, administration, leadership, and planning.

Assignments for the course will cover a broad range of pastoral tasks and practices. In addition to reading and participating in class, students will articulate their call stories, write a sermon and prayers, and conduct an interview with a church committee chairperson. Required reading includes Constance Cherry’s The Special Service Worship Architect; Eugene Peterson’s The Contemplative Pastor; Heidi Neumark’s Breathing Space; Ronald Heifetz and Marty Linsky’s Leadership on the Line; African American Church Leadership by Paul Cannings, et al.; and A New Day in the City by Donna Claycomb Sokol and L. Roger Owens.

The Rev. Dr. L. Roger Owens received his Ph.D. in theology from Duke University where he was awarded a Lilly Fellowship for the Formation of a Learned Clergy. Before that, he had earned a bachelor’s degree at Anderson University in Indiana and completed his M.Div. at Duke Divinity School. Dr. Owens is an ordained elder in the North Carolina Annual Conference of The United Methodist Church. In North Carolina he served both urban and rural churches for eight years as co-pastor with his wife before coming to PTS. His newest book is Threshold of Discovery: A Field Guide to Spirituality in Midlife. Dr. Owens serves on the faculty for the Upper Room’s Academy for Spiritual Formation, where he lectures on postmodern spirituality and traditions of Christian spirituality.