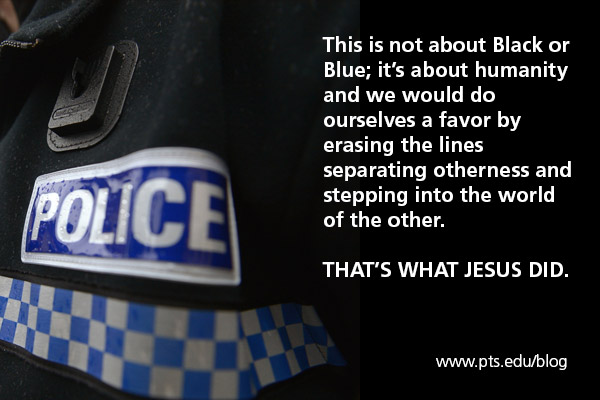 While the world is concerned with the constant threat from terrorist groups, the United States is finding itself facing a terror of its own. The shootings of two young African-American men, one in Baton Rouge, La., and the other in a suburb of St. Paul, Minn., have ignited a tension between law enforcement and the African-American community. Recently in Dallas, five police officers were fatally shot while patrolling and protecting protestors. Just this past Sunday, three Baton Rouge officers were shot and killed. While all attention is being placed on the strained relationship between African-Americans and the police, let me just say that there has been enough in the news over the years to remind us that we are a violent nation, perhaps the most violent of all industrialized nations. The narratives these past couple weeks have been juxtaposed in a way that causes Americans to think there is a war between African-Americans and law enforcement. I find that highly incredible.

The African-American community has been treated unfairly by law enforcement since the days of slavery, in fact by America at-large. The protests since the deaths of Travon Martin, Michael Brown, Eric Garner, Tamir Rice, Freddie Gray, and others are just the display of a constitutional right to assemble and freedom of speech. These protests are not as baseless as the attempts to inflame national sentiment against the concerns of African-Americans. We are angered by the recent events, but these situations are not new. While some want us to focus on healing relations and reconciliation between law enforcement and African-Americans, this can only take place after admission of wrong doing. But besides harassment from police, we are dealing with the trauma of so many young men shooting and killing each other in our communities. When I think about what is happening with my people, I am reminded of the words in Jeremiah 31:15 and repeated in Matthew 2:18, “A voice was heard in Ramah, wailing and loud lamentation, Rachel weeping for her children, she refused to be consoled, because they are no more.” And then within my spirit the words in Habakkuk 1:2 echo, “How long shall [we] cry for help and you will not listen, or cry to you ‘Violence!’ and you will not save?”

We are facing a pandemic of violence resulting from a number of factors which I won’t expound on at this time. However, I will choose to offer the reminder that racial tension in this country is still unresolved despite progress on some levels and in some areas in the social fabric. The Kellogg Foundation, building on the South African Truth and Reconciliation Process, has been building a model for dialogue. Some of the findings from its work indicate the following: (1) more people recognize that racism is a huge problem in our country, (2) there’s a huge gap between Whites and African-Americans in the understanding or perception of how race shapes opportunity. Despite the landmark decision of Brown v. Board of Education in 1954, a Harvard University study revealed that American schools were more segregated in 2000 than when bussing began in 1970.

And then there is the police. I wonder what it must be like to be an African-American police officer, representing two communities. I have participated in several services where officers were killed in the line of duty, three ambushed in Pittsburgh in 2009 by a White assailant. The pain and numbness I saw that day in the eyes of officers explains the fear they too have today given the current attacks. Wives and children have lost husbands and fathers who left for work never to return home. There is violence everywhere. This is not about Black or Blue; it’s about humanity and we would do ourselves a favor by erasing the lines separating otherness and stepping into the world of the other. That’s what Jesus did.

The Rev. Dr. John Welch is a 2002 graduate of Pittsburgh Theological Seminary. He earned his MDiv degree, served in parish ministry at Bidwell United Presbyterian Church in Pittsburgh, and is now the Seminary’s vice president for student services and community engagement and dean of students. Additionally, he has served as chief chaplain for the City of Pittsburgh Bureau of Police since 2008.

1 thought on “Reflections from an African-American Police Chaplain”