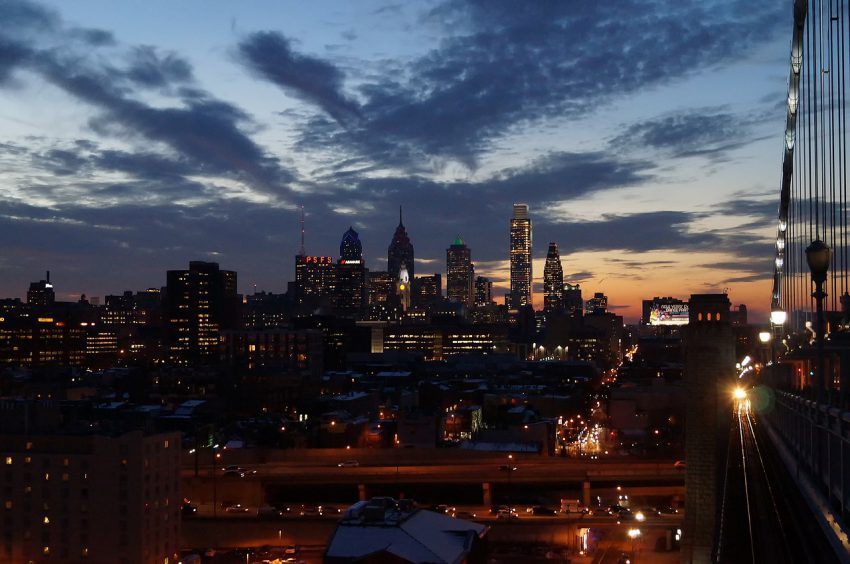 Recently 250,000 football fans gathered on the Benjamin Franklin Parkway in Philadelphia to witness the NFL draft and boo the living daylights out of NFL commissioner Roger Goodell. It’s cold comfort to Commissioner Goodell but he’s not the only one to ever divide opinions on that proud avenue.

The Parkway is home to priceless collections of art, luxury hotels, and spendy condos. Likewise, the Parkway is also home to many of Philadelphia’s most vulnerable residents—people experiencing hunger, homelessness, and poverty. Consequently, the Parkway is where many people of faith pull up in station wagons and pick-up trucks, unload soup and sandwiches, and ask people to form a line.

You can picture the battle lines: NIMBYism, shame-the-rich-ism, scaring away the museum customers, first amendment rights to religious expression – the whole shebang. The church I used to serve, Broad Street Ministry (BSM), was less than a decade old and we were trying to figure out our identity, particularly in our civic space. It started in 2005 as a church plant focused on an alternative church community. BSM seeks to be dynamic in its expression of worship, embracing those both on the margins of faith and those who have enjoyed the embrace of the church. We decided to position ourselves like this: We are not against outdoor feeding and we are in favor of indoor dining. We invited our brothers and sisters in the faith as well as our friends in the hospitality industry to come work with us at the church, serving excellent chef-prepared meals to vulnerable people indoors without having to stand in a line.

Overwhelmingly, the people who responded in the affirmative to our invitation were the big bad capitalist hoteliers and restaurateurs. They responded to our claim that hospitality is hospitality, regardless of ability to pay, and soon they were treating us like colleagues in the hospitality industry. We church and nonprofit types were becoming friends with servers, bartenders, chefs, and general managers because we had so much in common. The GM of the Four Seasons asked me to officiate his wedding to his partner of 16 years.

Incredible new possibilities for partnership emerged. Steven Cook and Mike Solomonov, the James Beard Award winning duo behind CookNSolo restaurants approached us with an idea. They ran a fried chicken and donuts chainlet called Federal Donuts that was throwing out at least 500 pounds of chicken backs and bones per week. Could they make stock out of that and provide us with chicken soup in perpetuity? We at BSM knew our identity wasn’t a soup kitchen so serving soup every day would send the wrong message, plus we had a chef who did incredible work. So together we arrived at a related idea: Let’s turn the backs and bones into soup, sell the soup to the public, and donate the proceeds to BSM.

In the three years since that conversation, we raised $180,000 via Kickstarter and a bunch more from several foundations, gone on lots of charm offensives armed with donuts and delicious Israeli food from their restaurant Zahav, and become great friends and confidantes. Oh, and the Rooster Soup Company, a classic luncheonette donating 100 percent of its proceeds to BSM’s hospitality work, opened to favorable write-ups, like this one in Bloomberg. GQ called it one of the 10 Best New Restaurants in America.

When my spouse, Karen, and I were considering whether we should move to Pittsburgh, Steven and Mike, both with roots in Pittsburgh, were instrumental in helping me picture life in a new town. Steven listened well, held my ambivalence about a new call and, of course, made restaurant recommendations. Mike even made a warm introduction to a chef in town who was hiring for his Lawrenceville restaurants in case I wanted full-time kitchen work.

When the conflict on the Parkway was fomenting, I was certain I would emerge with deeper relationships with my sisters and brothers enacting their Christian faith. Instead, two secular Jews who run some of the best restaurants in the country became lifelong friends and partners who shared a vision for caring for vulnerable people in Philadelphia and who helped me understand God’s vision for my life. Too often, our own conception of who our adversaries will be prevents us from seeing the allies, friends, and co-conspirators right in front of us.

What is the unlikely partnership you haven’t considered?

The Rev. Andy Greenhow came to Pittsburgh Theological Seminary from Philadelphia, where he served as the pastor and director of faith and worship at Broad Street Ministry, a missional faith community of the PCUSA. He has also served as a chaplain on a locked psychiatric unit, as the director of young adult ministries at a large suburban church, and as a construction worker rebuilding houses destroyed by Hurricane Katrina in New Orleans. Andy currently serves as the Seminary’s interim dean of students.