Clifford Edward Barbour, after whom the library is named, was a Pittsburgh native, University of Pittsburgh graduate (B.A.), and Western Seminary graduate (M.S.T). Following his time at Western he remained in Pittsburgh to serve as the pastor of Herron Avenue Presbyterian Church from 1923-1926 before attending the University of Edinburgh where he received his Ph.D.

Barbour then served as the pastor of Second Presbyterian Church of Knoxville, Tenn., from 1928-1951, and was credited with beginning their counseling program and expanding the academic reach of the church through his professorship at the University of Tennessee’s newly-formed School of Religion. The church experienced robust growth throughout the 1930s. While at Second Presbyterian he became a prominent figure in the national Presbyterian Church, holding the highest elected position as the Moderator of the General Assembly PCUSA in 1949. During his time in Tennessee he also became the dean of the School of Religion at UTK and the director of Maryville College, as well as Second Presbyterian’s longest-tenured pastor.

Tragedy struck in 1945 when Barbour’s wife, Laura, died in a plane crash, an event which would inspire him and his son, Clifford E. Barbour Jr., to establish the Laura Taber Barbour Air Safety Award which recognizes developments in aviation safety. In 1951 Barbour left Tennessee to return to Pittsburgh and his former alma mater as the president of Western Theological Seminary.

In 1958 Pittsburgh served as host for a monumental event in American Presbyterian history: the merger of the Presbyterian and United Presbyterian denominations to form the UPCUSA. With the differences between the two denominations rendered obsolete, questions arose as to the need for two separate seminaries a mere three blocks away from one another. Barbour had begun discussion of a seminary consolidation with the Western Board of Directors and with his Pittsburgh-Xenia counterpart Dr. Addison Leitch in November 1957 as the UPCUSA merger developed. The two presidents would together promote the idea of a seminary “consolidation” rather than a merger to evoke an atmosphere of unity.

Dr. Barbour went on to oversee the challenging consolidation process after Dr. Leitch stepped down, first as the new seminary’s vice president then as acting president until the 1961-1962 academic year, when he was elected president for his final year of service to the Seminary before retirement. He remained an active member of the Presbyterian community until his passing in 1979.

Listen to Clifford E. Barbour’s address at the 1964 library dedication.

Sin and the New Psychology. New York: The Abingdon Press, 1930 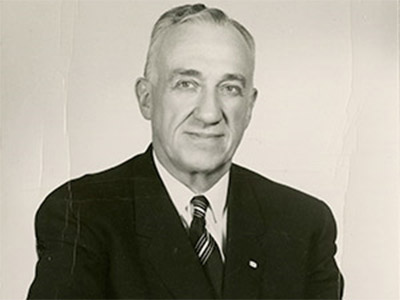