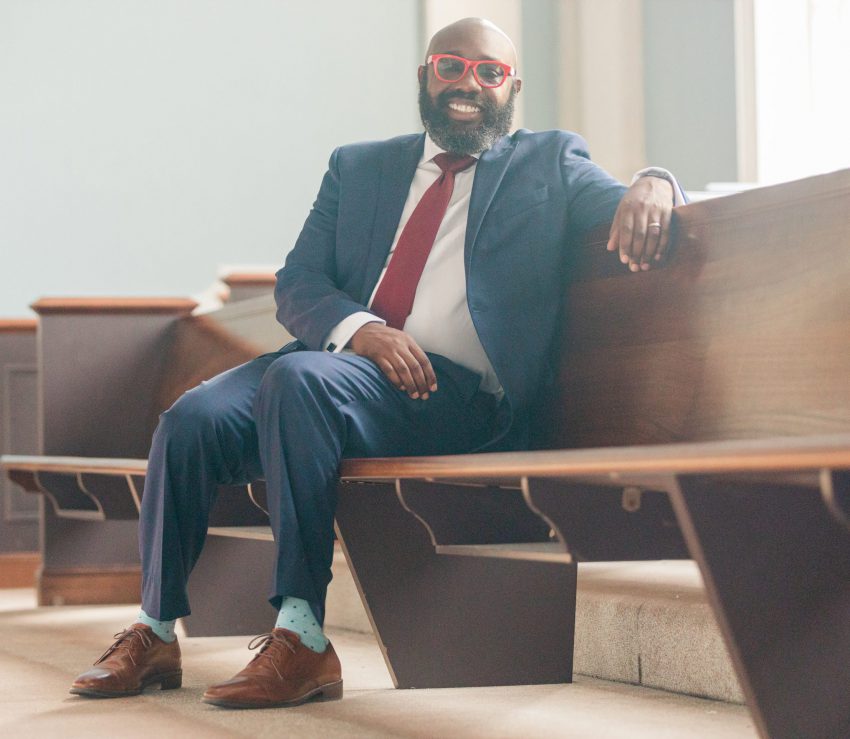 The Rev. Dr. Asa J. Lee, president of Pittsburgh Theological Seminary, appeared on the Among Neighbors podcast on March 9, 2022. In this episode he explores the history behind the racial divide that exists in America’s churches and offers guidance on fostering healthy relationships today across that divide. Shared here is a transcript of part of the conversation. Listen to the full episode in the audio player below.

Andy Conte, Director of the Center for Media Innovation at Point Park University:

So what do you make of our topic today? Are we making too much of this or is this still a big racial divide in America?

This is not a topic that can ever be overstated. This is a topic that has been assumed for a very long time in American history and has been endemic to the culture. Dr. King in the [19]60s did an interview with Mike Wallace . . . and that’s where that famous quote came from, that Sunday mornings at 11:00 is the most racially divided time in America. And almost 60 years later we still have the same problem. You’ve talked about the statistic of maybe 16 percent, but the reality is the average church-going American attends a church in which they look like the rest of the congregation. But . . . there are lots of reasons for that . . . and I think we need to understand that part of the equation and—this is a big “if”—if you think that statistic needs to change.

The big “if”, yeah, because I’m sure a lot of people are comfortable with it the way it is. So what are the reasons? Let’s get into that . . . Do we even want to integrate these spaces? Should we, or are by integrating them are we somehow losing something?

Exactly, and I think that’s the open question that we have to wrestle with. I think another key reason why we have this divide—as was mentioned earlier—is churches are products of their communities. So if you have a segregated community, you have a segregated church. You know, most of our Protestant churches in particular are founded at points in the late 19th, early 20th century, in which many of our urban centers look very different. And many African American communities were relegated to very small segments of towns, of our cities, right? Here in Pittsburgh it was the Hill District. So then if that community is only relegated to that spot in the city, then there is no other place for them to go. And so their churches flourish, but in those communities.

And we have to remind people daily that Jim Crow is within living memory. Slavery is in some cases two or three generations removed. And guess where the living memory of that is most acute? In our churches. Where do you find some of our older folks, [who] are in their 80s and 90s, and can remember very easily a time when Jim Crow was the law of the land?

I’m coming to Pittsburgh from the suburbs of Washington, D.C., and Virginia. And there’s the story of a place called Freedman’s Village, which was a community just off from the Custis plantation, which is the famous building in Arlington National Cemetery that you see . . . . The slaves from the Custis family plantation, the enslaved persons after the Civil War, settled at the bottom of the hill on the Potomac River and formed a community. By the 1890s it was a community of almost 5,000 folks. In the 1930s, the federal government seized that land to build the Pentagon by federal eminent domain, and did not pay—did not remunerate—those persons.

The church I served in Arlington, Va., was born in Freedman’s Village. There was a woman in our church who at the time was 94 years old, and she joined the church when she was 12. And she remembered. She drew a picture of Freedman’s Village. She drew the lay of the land and she told the story of how they moved, right? Living memory.

It is not ancient history. So if we don’t talk about where we are in the history there, then you don’t get the real root of why our communities are segregated the way they are.

Listen to the full conversation: