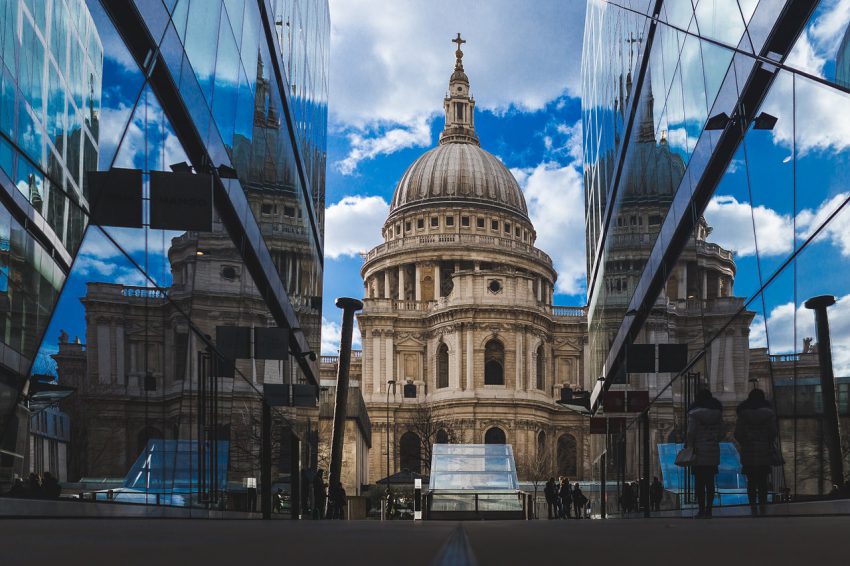 In many parts of the world, “Christendom”—the reality of the Church wielding political, economic, and/or cultural power—is over. Scholars may debate to what extent this is a good development for the Church or the world, but one thing is clear: in the West, the Church no longer exerts the influence on international, national, or even local events that it once did. Some (inside and outside the Church) have wondered whether it will have any role to play at all in society in the years to come. What can faith offer a secular society?

I’d like to share a reflection on this topic based on two readings that were part of my fellowship with the Newbigin House of Studies. This program is a nine-month online fellowship that provides theological formation by exploring the spiritual, public, and missional dimensions of the Christian life. Pittsburgh Theological Seminary is a partner seminary for this fellows program, so the fellowship provides credit for PTS’s Master of Divinity and other degree programs.

In short, the readings described below reveal a crucial role for the Church moving forward: to introduce God’s priorities to corporations and governments that are otherwise guided by the logics of capitalism and State survival.

Wendell Berry is an American novelist, poet, essayist, environmental activist, cultural critic, and farmer. I recommend all his writing—it is charming, insightful, funny, beautiful, and convicting. (You may even want to read Wendell Berry and Religion: Heaven’s Earthly Life, co-edited by professor Roger Owens.) In particular, I deeply appreciated his essay, “The Way of Ignorance.” After describing various types of ignorance and knowledge, Berry lists four questions we always face as humans:

• Who are we?
• Where are we?
• What must we do to live?
• How can we work without doing irreparable harm to the world, creatures, and ourselves?

Berry’s contention is not that corporations and secular institutions merely cannot answer these questions—it’s that they don’t even ask them. Because these groups admit only certain types of knowledge (e.g. empirical data) while rejecting all others (e.g. tradition, intuition, conscience), they are susceptible to many forms of ignorance—particularly the ignorance that grows out of unbridled lust for money and power.

Here the Church has something vitally important to offer to society. It can ask these questions and help provide answers. Berry reminds us of the two pillars of the Hippocratic Oath: to help, and to do no harm. While every group—secular and religious alike—embraces the task of helping, because it requires only knowledge, it is perhaps the special role of spiritual communities to champion the cause of doing no harm. This commitment, Berry claims, will require a culture of humility and compassion.

For a powerful example of what this special role can look like in the real world, let’s turn to a second reading. Shirin Shafaie is a teaching fellow in the Department of Politics and International Studies at the University of London. In her article “’Bringing Faith Back In’: Muslim and Christian Approaches to Nuclear (Non)-Proliferation and Disarmament,” Dr. Shafaie highlights crucial contributions that faith leaders have made in influencing national and international nuclear policy.

In 1995, when the UN secretary-general asked the International Court of Justice whether the use of nuclear force is permissible under international law, the Court answered, “[we] cannot conclude definitively whether the threat or use of nuclear weapons would be lawful or unlawful in an extreme circumstance of self-defense, in which the very survival of a State would be at stake.” Sadly, the ultimate priority of national and international bodies is State survival.

The Roman Catholic Church holds a unique position within the UN as both a religious tradition and a nation (the Vatican), but instead of pursuing State survival at all costs, they have voiced the need for human survival, along with pointing to the financial cost of nuclear weapons in the face of global poverty. While The United Methodist Church does not have such status as a nation, the tradition has not remained silent. On multiple occasions, the UMC Council of Bishops has issued statements condemning the possession and use of nuclear weapons. They grounded their position in the theology of shalom, describing it as “just peace,” a contrast to the common notion of “just war.”

There are many more examples of Muslim and Christian leaders engaging with this globally important issue. But let’s close here with Shafaie’s own words of observation and hope: “Far from being irrelevant or merely idealistic, faith leaders have in fact been perfectly capable of providing national governments and the international community with policy-oriented, theologically grounded, and morally substantiated analysis and recommendations for nuclear disarmament.”