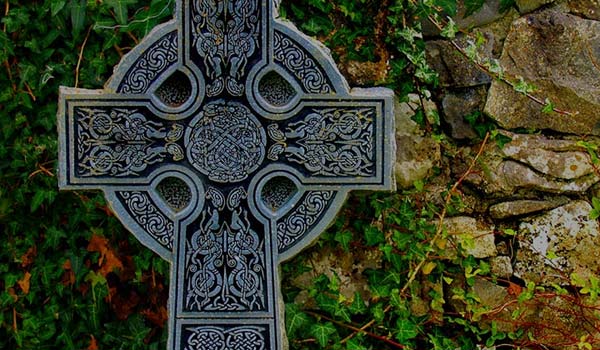 A few weeks ago my wife and I made a pilgrimage from Pittsburgh, Pa., to Camp Sumatanga in Alabama—sacred ground for us Methodists. We were in Alabama on a retreat, the theme of which was Celtic spirituality.

I basked in the hours of silence; enjoyed other people preparing my meals and cleaning up after; and felt renewed by morning and evening prayer and daily Eucharist.

But what I really loved? The content: the vision of the ancient Celtic Christians and its relevance for today.

I know much of the revival of Celtic spirituality is bland—all fairies and rainbows. But the truth is, the Celts lived in a harsh landscape as tribal people who became utterly devoted to the Triune God’s presence in their midst. There’s nothing wishy-washy about Celtic spirituality: Trinity, Cross, and Christ are central to the Celtic way.

I was reminded of many aspects of Celtic spirituality that seem important for Christians and churches to recover today:

But what struck me the most was the theme of pilgrimage. They didn’t journey to a specific place, and then return (the way we did to Camp Sumatanga), but they set out in their little boats, called coracles, and abandoned themselves to God’s providence—willing to go wherever the winds of the Spirit led them, taking with them their witness for Christ.

At the retreat, as I looked back on my life, I could see something of this kind of wandering: I thought I would be a musician—how did I end up a United Methodist pastor? I thought I’d stay a pastor—how did I end up teaching in Pittsburgh, at a Presbyterian seminary of all places? The rascally providence of God guiding my coracle, that’s how.

But as I reflected more, I began to wonder—can each day, each moment be this kind of pilgrimage? Not just the “big moves” of my life, but can I with every breath abandon myself to the winds of the Spirit, the will of the One who longs to guide me? That’s the hope, the longing, I brought back with me from the retreat.

I even wrote a haiku—much to my surprise!—during one of our silent hours to express my prayer to be available to the Spirit’s guidance each day:

Boat of this moment,
coracle of divine love:
take me where you will.

Now home, back at work, writing syllabi for my MDiv classes, catching up on e-mail, returning phone calls, this is still my prayer.

By the Rev. Dr. L. Roger Owens, associate professor of leadership and ministry, who served as a UM pastor before coming to Pittsburgh.