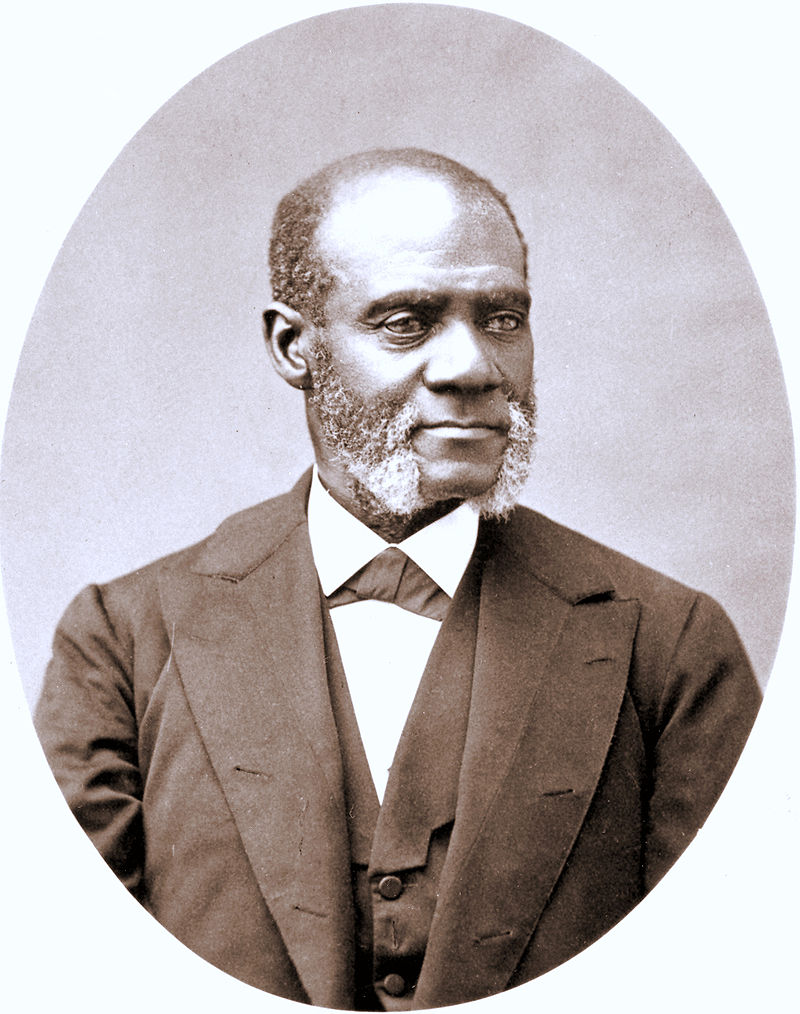 A few nights ago, I found myself live-tweeting a sermon. I was so moved, I couldn’t contain my enthusiasm. But there was no one around to hear if I said, “Amen.” So I took to the Internet.

The sermon I was reading was the sermon preached by the Rev. Henry Highland Garnet to the US Congress Feb. 12, 1865. He stood before them as a 50-year-old, disabled, former slave who had become known around the nation as passionate abolitionist and pastor. He preached from Matthew 23:4, where Jesus condemns the Pharisees for tying up heavy burdens on others which they themselves won’t lift. Seamlessly, Garnet drew a parallel between the Pharisees and those who maintained the institution of slavery, placing heavy burdens on the shoulders of his brothers and sisters. Garnet’s sermon before Congress was delivered after the 13th Amendment (abolishing slavery) had been approved by Congress, but before it had been ratified by the states. Garnet was known as an accomplished (and controversial) orator, but his words that day were rooted in his life experience.

Born into slavery in Maryland in 1815, Garnet’s family escaped when he was nine years old and moved north to Bucks County, Pa. The family eventually settled in New York City. After two years at the African Free School, Garnet sailed as a cabin boy on ships to Cuba and served as a cook and steward on ships travelling between New York and Washington, DC. A traumatic leg injury in 1830 led him to return to school at the Noyes Academy in Canaan, N.H.

But the trauma only continued: the Noyes Academy was burned down by an angry mob who disapproved of educating African Americans. Garnet next enrolled in the Oneida Theological Institute, then a progressive Presbyterian school known to support black students, from which he graduated in 1839. The next year his leg was amputated due to complications from his earlier accident. But that didn’t slow Garnet down in any way. Over the next decades of his ministry, Garnet was an abolitionist, a pastor, an advocate of fair trade as an economic means to fight slavery, and a college president. The last role is what brought him to Pittsburgh.

Garnet arrived in Pittsburgh in 1868 as the newly appointed President of Avery College, on Pittsburgh’s North Side. Avery College had been founded by a Methodist abolitionist and served as a station on the Underground Railroad, and when Garnet arrived it served as a school for African Americans. While in Pittsburgh, Garnet was a bivocational church planter, working at Avery College while also organizing and laying the foundation for Grace Memorial Presbyterian Church (where Ron Peters, founding director of the Seminary’s Metro-Urban Institute, now serves). After leaving Pittsburgh, Garnet again served as a pastor in New York before being appointed as the United States ambassador to Liberia.

One-hundred and fifty years after Garnet spoke to Congress, his life still can speak volumes to us today. Our systems of racial injustice need to hear his prophetic condemnation. Our economy needs to hear his advocacy of fair-trade. And our churches need to follow his example of uniting biblical proclamation with prophetic action, especially as we pioneer new worshiping communities.

In the tradition of the Church, saints are honored and celebrated on the anniversary of their deaths. On Feb. 12, 1882, 17 years after his famous sermon to Congress and while serving as a diplomat in Liberia, Garnet passed away and entered the Promised Land of eternal freedom. May the Lord grant us the grace to honor Garnet’s legacy through our ministries this day.

The Rev. Christopher Brown (MDiv, 2008) is coordinator of the Church Planting Initiative at Pittsburgh Theological Seminary and co-pastor of The Upper Room Presbyterian Church.