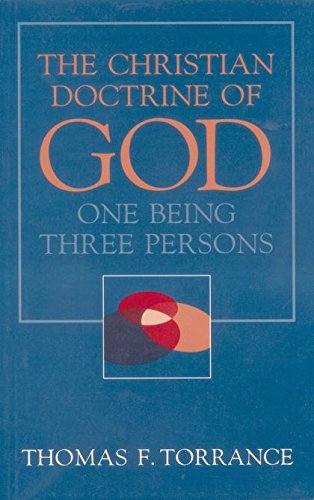 In October, seminaries and divinity schools around the country celebrate Theological Libraries Month. To join in the festivities, Pittsburgh Theological Seminary faculty answered the question, “Outside of the Bible, what book has had the most influence on your theology?” Here’s a list of their recommended reading. So, grab a cup of hot apple cider and a piece of pumpkin pie and start reading! Hint: These texts are also great additions to your Amazon Wish List!

Heather Vacek Stations of the Heart by Richard Lischer and Race: A Theological Account by J. Cameron Carter. “‘Stations of the Heart’ offers a beautiful (and heart-wrenching) account of his adult son’s life and witness of faith in the days and months before his death from cancer at age 33. Lisher’s text offers a deeply moving theological account of suffering, salvation, grace, and love. The narrations have filled me with great joy by offering a glimpse of the power of human and divine relationship. Digging deeply into the long trajectory of Christian history, ‘Carter’s Race: A Theological Account’ challenges readers to consider the entanglement of race and Christianity in modernity. He presents an important call for the reorientation of Christian theology.”

Scott Hagley The Gospel in a Pluralist Society by Lesslie Newbigin. “One of the influential books for me early in my theological education was Newbigin’s ‘The Gospel in a Pluralist Society.’ I read this book when I began my M.Div. It may have been the first book I read that gave me a clear theological vision for mission and ministry in our modern (or post-modern) context. It provides an example of theological inquiry attentive to context, culture, and congregations. While I disagree with portions of the book now, Newbigin’s thought and work remains deeply influential.”

Jerome Creach The Suffering of God: An Old Testament Perspective by Terence Fretheim. “The book draws attention to divine pathos in the Old Testament – to God’s suffering for, with, and because of humankind – and therefore helps us understand how the Old Testament anticipates the cross of Jesus Christ.”

Angela Hancock Church Dogmatics Vol. 4 Pt. 1 by Karl Barth. “This text was my introduction not only to Barth’s theology, but also to his imaginative theological way of interpreting Scripture. This volume includes his account of the incarnation as ‘the way of the Son into the far country.’ Barth reads the story of the prodigal son (or is it the prodigal father!) as a story about Jesus Christ. I was mesmerized by the depth and beauty of Barth’s writing when I was an M.Div. student, and I still am today.”

Ron Cole-Turner The Crucified God by Jürgen Moltmann. “By being both Biblical and intensely connected to the present context, this book redefines God for the church today.”

Drew Smith Black and Free by Tom Skinner. “This easy to read autobiographical statement by Skinner outlines his transformation from mid-20th century Harlem gang leader to path breaking urban street evangelist, racial justice activist, and church critic. This book was followed by several more Skinner wrote that spoke with clarity, incisiveness, and conviction into the turbulent social and religious contexts of the 1960s and 1970s. Skinner’s writings and ministry continue to serve as an influence upon urban ministry thinking and approaches up through the present, including my own.”

Steve Tuell The Faith of a Physicist by John Polkinghorne. “As I am working on creation themes in Scripture and the intersection between science and theology, I keep remembering how important John Polkinghorne’s book “The Faith of a Physicist: Reflections of a Bottom-Up Thinker” has been for my own theology and biblical study. This book is based on his 1993-1994 Gifford Lectures, which reflected on the Apostle’s Creed through the lens of quantum physics.”

Edith Humphrey For the Life of the World by Alexander Schmemann and Mere Christianity by C.S. Lewis. “For the Life of the World speaks about the nature of the human being as a creature made to worship and give thanks. It explains the sacramental nature of the world, and is essential for anyone interested in ministry. Mere Christianity, originally a series of radio talks, has shaped my understanding of the Christian faith, especially in the areas of the incarnation, the Trinity, and the atonement.”

Leanna Fuller To Change the World: Christology and Cultural Criticism by Rosemary Radford Ruether. “I first read this book in a college seminar on religion and culture, and it’s not an exaggeration to say that it profoundly changed the way I understood my faith. In this book, Ruether (a feminist theologian) engages what she sees as the four most pressing issues for contemporary Christians: poverty and oppression; religious intolerance; sexism; and environmental abuse. Reading this book helped me to see that being a faithful Christian doesn’t mean I have to be ‘apolitical.’ In fact, it convinced me that as Christians, our theological commitments are precisely what should motivate us to take action to address the problems we see in the world around us.”

Andrew Purves Theology of Hope by Jürgen Moltmann and The Christian Doctrine of God: One Being Three Persons by Thomas F. Torrance. “In some ways Theology of Hope was the first book to awaken my theological quest when I was a theology student in Edinburgh in 1972. However, in terms of a book that has sustained and influenced me over the long term, I think I would choose Thomas F. Torrance’s The Christian Doctrine of God: One being Three Persons. It was written in his retirement and pulls together material he has published over the years. It is a magisterial statement of the faith of the church catholic.”

Edwin van Driel Jesus and the Victory of God by N.T. Wright. “I read it right when it appeared in 1997, and as a budding theologian with a deep interest in Christology it brought home to me that if Jesus is truly whom we confess him to be, God *incarnate*, I would have to take serious that in him God became a first-century Jew – and I would have to understand what that meant. In other words, I would have to learn interpreting Jesus both in terms of the church’s creeds and in terms of his very particular historical context, and I would have to learn to see these are not opposites, but imply one another. This in turn convinced me that as a theologian I would also need to be the best amateur Bible scholar I could be.”

John Burgess Calvin’s Institutes by John Calvin. “When I read the Institutes, I feel as though I have come home theologically. What a glorious vision of God’s love for humanity in Jesus Christ. His sections on the 10 Commandments, the Christian life, and the sacraments have shaped my theology decisively.”

David Esterline Listening for the Heartbeat of God: A Celtic Spirituality by J. Philip Newell.

Learn more about the Pittsburgh Theological Seminary faculty members and their areas of research of writing.