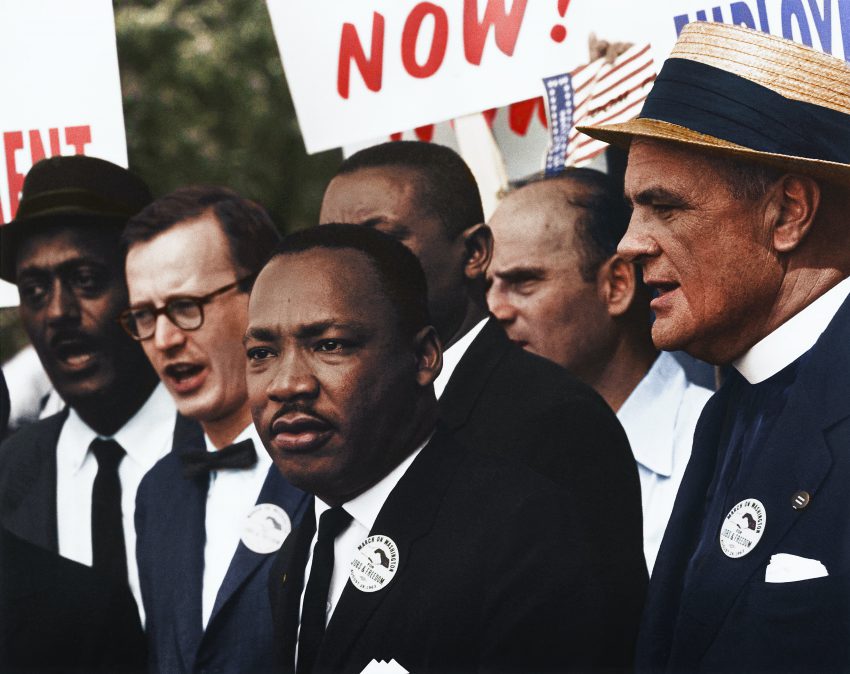 The Rev. Dr. Martin Luther King Jr. had a dream for our nation. He also had a challenge. On the weekend celebrating his legacy, we tend to focus on the dream and minimize the challenge.

The Aug. 28, 1963 “I Have A Dream” speech is one of the most historically significant speeches in American history and deserving of all the honor it receives. Among the oft-quoted lines of the speech is this one: “I have a dream my four little children will one day live in a nation where they will not be judged by the color of their skin but by the content of their character.”

I sometimes hear people quote this line in support of societal “color blindness.” It’s a term used by people who proudly claim that when it comes to racial or ethnic identity, they “don’t see color.”

But King never advocated for erasure or minimization of a person’s racial or ethnic identity. When we take his “I Have a Dream” speech in context of his full body of work, we discover that he dreamed of a world in which racial and ethnic diversity wasn’t downplayed, but celebrated. He didn’t want his children’s character to be the only thing others saw, ignoring their race or pretending it’s not part of their blessed God-given identity. He knew that minimizing racial or ethnic identities in America always means that white people benefit and people of color don’t. He knew that looking beyond skin pigmentation would not solve systemic injustices of the 1960s. Nor will it solve the injustices we still battle six decades later.

“The Fierce Urgency of Now”

Yes, King was a man who spoke of hopes and dreams. But he was also, by his own admission, an outside agitator and extremist. He was both pastor and prophet. Many of his views were radical for his time and would still be today. He advocated for workers’ rights, a universal basic income, and a complete restructuring of society to give Black people more power and wealth. He argued vociferously against the Vietnam War and unchecked capitalism. He was murdered because he was a challenge to the status quo, which in this nation always benefits those who are white more than it benefits people of color.

“We have also come to this hallowed spot to remind America of the fierce urgency of now,” King said earlier in the “I Have a Dream” speech. “This is no time to engage in the luxury of cooling off or to take the tranquilizing drug of gradualism. Now is the time to make real the promises of democracy; now is the time to rise.”

We don’t often quote this part of the speech. Perhaps the challenge of urgent action is less appealing than platitudes about racial harmony.

A few months before the March on Washington, King wrote his now-famous “Letter from a Birmingham Jail.” It was addressed to white clergy who were sympathetic to the cause but uncomfortable by the movement’s radical demonstrations. “You deplore the demonstrations,” he says, “. . .  [b]ut I am sorry that your statement did not express a similar concern for the conditions that brought the demonstrations into being.” Later in the letter, King criticizes white moderate Christians for silence that maintains the status quo, and for expecting change to happen naturally and gradually without direct action and protest. I’m confident he would have similarly harsh words for many white churches today. Our silence about racial injustice keeps order within the church walls but fails to live in the example of Jesus Christ: another pastor and prophet killed for disrupting the status quo by lifting up the cause of the lowly and unseating the powerful from their thrones.

White supremacy and systemic racism are threats equally as dangerous now as they were during King’s life. A few years ago, Dr. Malcolm Foley of Baylor University wrote:

“The civil rights movement of the ’60s made it unpopular to be overtly racist in legal and in personal dealings. But white supremacy is demonic, ever shifting and devising new ways to kill, steal and destroy. American chattel slavery, lynching, redlining, Jim Crow, and stereotypical narratives of Black criminality have all been impulses stemming from that same poisonous root.”[1]

We have addressed some injustices and ignored others, but the root of racism in this country has yet to be dug up and thrown into the fire. So where do we go from here? That’s the question King asked in a 1967 speech by that name. His answer then is just as true nearly 55 years later: “This is no time for romantic illusions and empty philosophical debates about freedom. This is a time for action.”

Author: The Rev. Erik Hoeke is a writer at Pittsburgh Theological Seminary and an ordained minister in The United Methodist Church with 14 years of pastoral ministry experience in Southwestern Pennsylvania.

A version of this post originally appeared as an Op-Ed in the Observer-Reporter on Jan. 15, 2022.