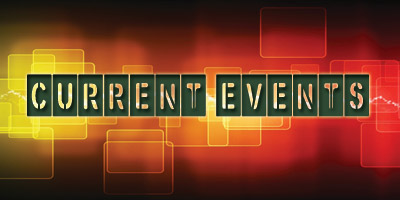 Pittsburgh Seminary continues our sermon writing tips series. Be sure to look for other tips from faculty, staff, and alums in the months ahead and read our recent posts on preaching without notes, dealing with writer’s block, 12 questions for effective preaching, and using art as a tutorial to Scripture. Have a tip you’d like to offer or have a sermon issue you’d like help with? Let us know by using the comments option.

On the evening of June 17, 2015, Dylann Roof shot and killed nine members of the Emanuel African Methodist Episcopal Church. The murders took place after Roof sat with the congregants for an hour-long Bible study, and after he made clear that this was a racially motivated hate crime. Later, our horrified nation learned that Roof had done this hoping to start a race war.

That evening, as news reports came in and the media attempted to make sense of the nightmare, I sat with my family in Seattle, Wash. We were on vacation, and were not due back in Pittsburgh until that Friday night. In advance of our trip, I had prepared everything for the coming Sunday service at the small, aging, Caucasian church in rural Pennsylvania where I was the interim pastor. The bulletins were copied, the prayers composed, and the children’s message outlined. I had even finished the sermon early. All I had to do was show up on Sunday morning.

But this current event … the shooting at Mother Emanuel seemed to demand something more. A response of some kind was required. God’s voice needed to be heard; God’s message needed to be spoken. But what, exactly, should I do? The way I saw it, I had one of three choices:

I chose the third option, which I realized was also the riskiest. Like all pastors, I struggle between the twin poles of challenging my congregation and not rocking the boat. The potential for offending people is great in ministry, and we all have colleagues and friends who have either landed in trouble with governing boards or in hot water with parishioners for taking stands on controversial issues. Everyone in my congregation was horrified by these shootings, but the fact is, discussions about racism in our country still make many uncomfortable. Yet, I felt that this time of tragedy and horror demanded that I take the risk of potentially upsetting people.

Obviously, deciding to throw away a sermon in order to address an event or issue depends greatly on one’s pastoral context. But here are some questions that have helped me make this decision in the past:

This is not meant to be a comprehensive rubric for deciding what to do when a major event occurs in your community or our nation. Still, what we say and do in the pulpit matters, often more than we think. Connecting the gospel message with the lived experience of our brothers and sisters in Christ feels risky at times, but it is vital because this is how we stress the relevance and importance of both to our parishioners.

The Rev. Scott Fuller is a D.Min. student at Pittsburgh Theological Seminary and the interim pastor of St. John’s UCC near Irwin, Pa.

1 thought on “Sermon Tips: Current Events and When the Regular Sermon Just Won’t Do”