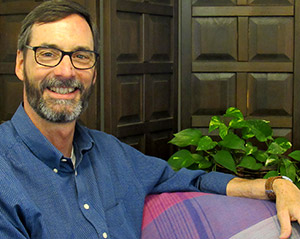 This week’s course is: “Social Movements and the Church.”

About Social Movements and the Church

During this term, Pittsburgh Theological Seminary students will be learning about the intersections of the Christian Church and important movements in society with the Rev. Dr. Hunter Farrell in the class “Social Movements and the Church.” This course is available for students in the Master of Divinity (MDiv) degree and Master of Arts in Pastoral Studies (MAPS) degree programs and open to students in the Master of Theology (MTS) degree program.

Like most religions, Christianity can legitimate a society’s status quo or disrupt it; it can integrate and justify the culture of the powerful or overturn entire social, economic, and political systems. Historically, when this disruptive power has been generated at the intersections of the Christian Church and social movements, it has changed both, often profoundly. This course will reflect sociologically and theologically (looking at social movement theory and Christian theological arguments for and against social activism); inductively (examining eight case studies of Church engagement in social movement activism); and practically (delineating what social movements and the Church have to gain from their mutual relationship).

By the end of the course, students will be able to master the tools of social movement theory, using a case study of a recent Latin American environmental conflict. They will learn to reflect theologically and missiologically on the place of justice and social activism in the missio Dei. To that end, they will analyze U.S. Church engagement with global/national social movements using the following case studies: Civil Rights Movement (1954-1968), Farmworkers Movement (1965-1972), Anti-abortion Movement (1965-present), Sanctuary Movement around U.S. military involvement in Central America (1980-1991), South African Anti-Apartheid Movement (1983-1990), LGBTQ Movement (1987-present), Palestine’s Boycott-Divestment-Sanctions (BDS) Movement (2005-present), and Black Lives Matter (2013-present). Students will develop an understanding of mission as accompaniment—a missiological response to social movements.

Assignments include class participation and leadership, discussion board posts based on weekly class readings, two small group assignments, and a final project. Required reading includes Charles Marsh’s The Beloved Community: How Faith Shapes Social Justice, From the Civil Rights Movement to Today, along with articles that will be provided to the students.

The Rev. Dr. Hunter Farrell assumed his position at Pittsburgh Seminary in 2017 after serving as director of World Mission for the Presbyterian Church (U.S.A.) in Louisville, Ky. His mission leadership and service spans more than three decades. In his years as World Mission director, Farrell managed a 180-member staff in 52 countries while overseeing the areas of strategic direction and partnerships, funds development, operations, and communications. Earlier, as a Presbyterian mission co-worker in Peru, he organized and accompanied an international network of churches, non-profit organizations, and universities that linked social capital in Peru and the U.S. to address issues of poverty and justice. And while working with World Mission in East and West Africa, he supervised the work of mission workers in seven African nations in programs of health, development, evangelism, education, and theological education. He also taught in the Republic of Zaire—now the Democratic Republic of Congo.