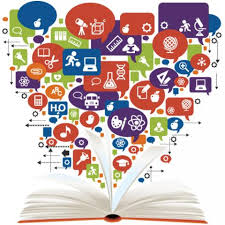 There have been a lot of discussions pertaining to the future of public education in this country and Pennsylvania has certainly left its marked on the conversation. Almost two-years ago, the Governor of Pennsylvania cut $1B in state funding from the Commonwealth’s budget leaving distressed school districts further distressed—if not taken over—and public universities crying foul.

Pittsburgh is no longer the city of steel but the city of “eds and meds” and certainly the senior administrators of our institutions voiced their concerns about the effects these cuts would have on our colleges and universities. But is education a public good and does it deserve the support of the wider community?

Before the $1B cut, there were school children who were challenged to learn by sharing (or doing without) textbooks and districts that had to cut music and art programs. What then do we think is left to fully and properly educate our children? Many blame poor student outcomes on bad teachers and, as a result, philanthropic organizations have directed millions of dollars toward creating evaluative tools that measure teacher effectiveness. While I do believe parent engagement is critical to the success of public education, fostering animus between teachers and parents and vice versa is not the answer.

You might ask why a seminary trained clergyman would have comment on this. My concern is rooted in my seminary education. The training I received for my master of divinity (MDiv) degree helped me to exegete communities and the issues that give rise to their good or failing health. Separation of church and state is the prevalent excuse many clergy and parishioners use to justify a laissez faire position on anything political but does that align with the will of the God of justice?

A person with a social work degree may find themselves engaged in a family crisis resulting from conditions of poverty and its corresponding under resourced schools. There is room at the table for those with an MA in theology or an MDiv, but only if seminaries are willing to provide the training necessary.

Anna Oliver, a Methodist pastor, once said, “If the intelligence of the community is promoted the cause of religion is advanced.” This was a quote from her in the Saturday morning St. Paul Daily Globe, dated Feb. 24, 1883. One might ask the question, “What relevance is there in a quote from 1883?” This quote has the same relevance as the statement written almost 2000 years ago in Matthew 21 where it states, “for I was hungry and you gave me food, I was thirsty and you gave me something to drink, I was a stranger and you welcomed me…”

When we, the people of God, take the time to promote the “intelligence of the community” by insuring everyone, and especially the least of these, has access to all the resources needed for a quality education whether public or private, then not only is religion advanced but so is Christ.

The Rev. John Welch is a 2002 graduate of Pittsburgh Seminary. He earned his MDiv degree, served in parish ministry, and is now the Seminary’s vice president of student services.