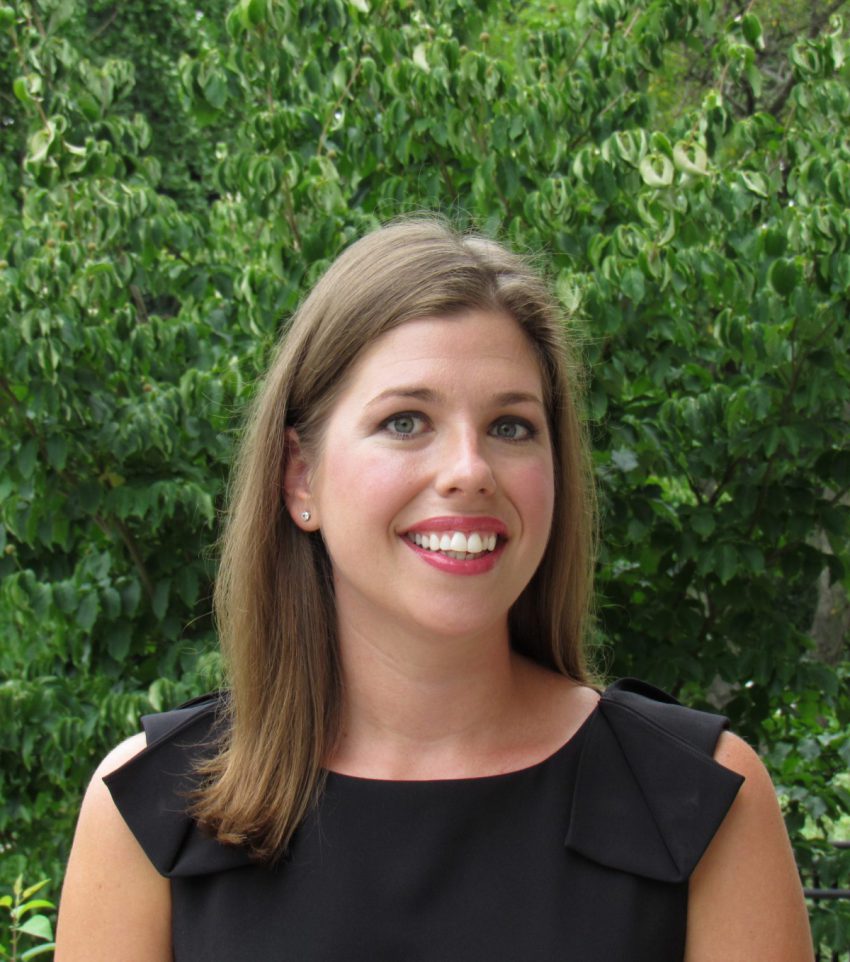 What do seminary admissions departments, a group of parents, and the 1980’s “Bad Boys” Detroit Pistons have in common? All of them, Tracy Riggle Young would say, demonstrate the power of hard work and collaboration to accomplish great things.

Tracy is Pittsburgh Theological Seminary’s senior director of enrollment services, leading the Seminary’s admissions team in recruiting, enrolling, and resourcing students as they discern their calls to ministry and engage in theological education. Since coming to PTS in 2017, she has enjoyed using her natural talents as a teacher and leader while the team progresses collectively toward its goals.

She says, “We are very intentional about resourcing students: with financial aid and merit aid; vocational discernment; and field education. And we draw students who care about both scholarship and service. At PTS we see that commitment to three publics—academy, church, and society—embodied in our faculty and our students. They’re committed to all three realms.”

A Scholar and Teacher

Tracy commits to all three realms too, including the academy. She holds a bachelor’s from Denison University, and an M.A. in theological studies and a Ph.D. in social ethics from Union Theological Seminary in New York, where she also worked as an admissions recruiter for five years.

Upon moving to Pittsburgh in 2015, she spent two years teaching at The Neighborhood Academy, a high school just a few blocks away from PTS whose commitment to expanding access to education aligns well with Tracy’s passions. While there she taught religion, the Black philosophical tradition, and senior research seminars.

Tracy dedicates herself to church and society as well. She spends much of her time away from PTS serving on the leadership board of Bower Hill Community Church, where she and her family attend, and on the executive board of her daughter’s school.

In all these ways, Tracy draws on her doctoral work in ethics:

“I was trained as a social ethicist, so that’s how I see the world and how I approach my role at PTS too,” she says. “I bring questions like, ‘What are the ethics built into how we serve students and admit and retain students?’”

Life as a “Swiftie” Mom

Though Tracy’s primary research interests are feminist theology and Black liberation theology, she can also comment on the social ethics of buying concert tickets. “I was recently part of the seven million soccer moms trying to get Taylor Swift tickets for my daughter for Christmas,” she says, smiling to hide the frustration she and millions of “Swifties” experienced on Ticketmaster when tickets went on sale last month. Thanks to the coordinated efforts of a group of parents, Tracy did score one ticket for her daughter, who will go with several friends and one to-be-determined parent as the chaperone.

Tracy and her husband, Brad, have lived in Pittsburgh for eight years, and have two children. From the beginning, it’s felt like home for her. She says, “I’m originally from the Midwest. I know that Western Pennsylvania is not really the Midwest, but I was excited to be in a context that had the diversity that I loved about New York City, but also the accessibility and friendliness of what it was like for me growing up in Toledo, Ohio.”

Of Hoops and Home

Growing up in Toledo is how she came to appreciate the “Bad Boys” Detroit Pistons of the late 1980s and early 1990s. First through her older siblings, and then through her own fandom, Tracy developed a passionate loyalty to what she calls the “Bill Laimbeer and Rick Mahorn ‘We’re gonna rough you up on the court!’ style of play.” Even today, Tracy’s blood boils at the mere mention of former Pistons rivals Michael Jordan and Reggie Miller.

So to calm herself down, she turns to hobbies like gardening, antiquing, and interior design. She and Brad also recently purchased a new home, and have been refinishing the floors and doing other home renovation projects. And when they can, they squeeze in family trips to Deep Creek Lake, where they can hike and she can read the next scintillating novel on her reading list.

Like those hard-working “Bad Boys” Pistons and parents of “Swifties,” Tracy pursues everything in life and work with 100 percent effort and a belief that anything is possible when people come together in pursuit of a goal.