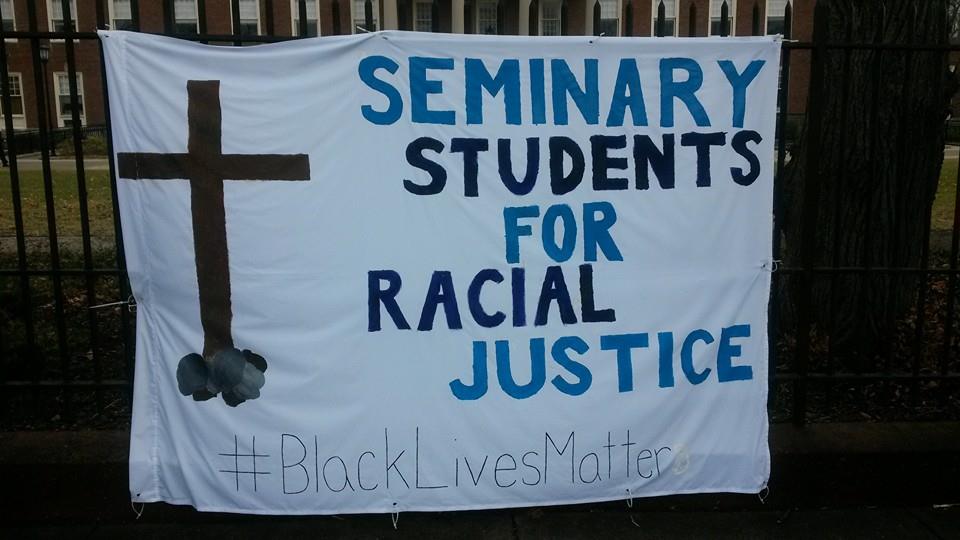 I don’t know what it’s like to be a Black person in this country.

I don’t know what it’s like to have “the talk” with my son—the one where I have to try to tell him exactly how to stay alive if he is ever confronted by the police.

The fact that I don’t know these things is a mark of privilege. As a White person in a racist society, I really don’t have to think about such things if I choose not to. This week alone, we have witnessed the killing of two Black men in two days, and a violent ambush that took the lives of five police officers in the midst of a peaceful protest. If I want to, I can choose simply to ignore the newscasts, occupy myself with the details of my own life, and remain blissfully unaware of what is happening in faraway places like Louisiana and Minnesota and Texas. White privilege is what allows me to make this choice.

It seems to me that when horrific things like this happen, there are two main mistakes that well-meaning White people make. The first is not acknowledging our privilege—a privilege we are granted at birth, which we didn’t earn and which we can’t refuse, even if we are inclined to. White privilege allows us to labor under the illusion that human experience is monolithic, that somehow because we have grown up in the same country, we all have had the same chances and have borne the same consequences for our choices. It allows us to think that, ultimately, we’re all “the same,” without acknowledging that the color of one’s skin actually makes a huge difference in how a person experiences the world and how that person is treated.

Even among White people who are committed to fighting against racism, there is a temptation—in the wake of the kind of violence we’ve seen this week—to assume that the grief and rage and pain we feel is “the same” as what people of color are feeling. We assume that our outrage over the slaying of police officers is exactly the same as the outrage communities of color feel about the shootings of Alton Sterling and Philando Castile. But it’s not. It’s not the same because the society we live in overwhelmingly condemns the former but not the latter. It’s not the same because most of us have confidence that those responsible for killing the Dallas police officers will be brought to justice swiftly.

The families and friends of Alton Sterling and Philando Castile probably don’t share that confidence because they’ve seen this before. They’ve seen that in this country, it’s possible for a grand jury to watch a video of a police officer choking an unarmed man to death, and still find that no one is criminally responsible. (Read more.) To be clear: I am not saying that the lives of the Dallas police officers are any less precious than the lives of Alton Sterling or Philando Castile or Eric Garner or any other victim of violence. I am simply saying that in this country, the color of a person’s skin still seems to influence how seriously that person’s death is taken, and the lengths to which we will go to see justice done.

Differences matter. To deny this truth is to refuse to see what is right in front of us: that, despite our rhetoric to the contrary, all people in our society are not treated equally. But if we’re not careful, we can make the opposite mistake as well; we can become convinced that the differences between us are so great that we can no longer imagine what it might be like to stand in another person’s shoes. We become convinced that “us” and “them” are two completely separate groups that have nothing to do with one another, that we share nothing that could help us to understand what the other is going through.

This is what threatens to happen now, in the aftermath of the Dallas shootings. We’re being asked whether we stand with “Black Lives Matter” or “Blue Lives Matter,” as if the two were mutually exclusive. Yet, if we go to this other extreme, we lose the ability to have compassion for one another—literally, to “feel with” others in their suffering. We become desensitized to the violence and marginalization experienced by people of color because we come to believe that the world they inhabit has nothing to do with our own.

But that is a lie. As a spouse, I can imagine how traumatic it would be to watch my partner die right before my eyes. As a mother, I can imagine my heart being ripped in two by my son’s anguished cries for his slain father. If I let them, these resonances can inspire me to take action to try to make sure they never happen again to any other spouse, to any other mother or child. Yet, allowing myself to be touched deeply by experiences I will likely never have requires a kind of courage and a willingness to endure discomfort that, if I’m honest, I’m not always sure I have.

Even so, I’ve decided that saying nothing is no longer a viable option for me. So, here is my suggestion for other well-meaning White people: When you are talking with people of color, listen. Listen to what they have to say about their own lives. Learn about things you never could have known before, because you have never had the firsthand experience of being Black. When you are talking to other White people, speak up and speak out. Name your own privilege and challenge racism wherever you see it. Use whatever position or platform you have to educate yourself and others about the realities of racism in our country. (If you’re looking for resources to help you do this, the “Charleston syllabus” project is a great place to start. A fair warning: doing this may make people you love uncomfortable; you may lose some Facebook friends over it. But I am becoming more and more convinced that the way forward lies not in violence or endless cycles of retaliation, but in more love, more truthfulness, and more willingness to let go of my own privilege for the sake of justice and peace. May it be so.

The Rev. Dr. Leanna K. Fuller is assistant professor of pastoral care at Pittsburgh Theological Seminary and teaches in the MDiv Program. Her ministry experience includes serving as associate pastor of Oakland Christian Church in Suffolk, Va., where she coordinated youth ministry and Christian education programming. She writes regularly on pastoral care and counseling, pastoral theology, and congregational conflict.