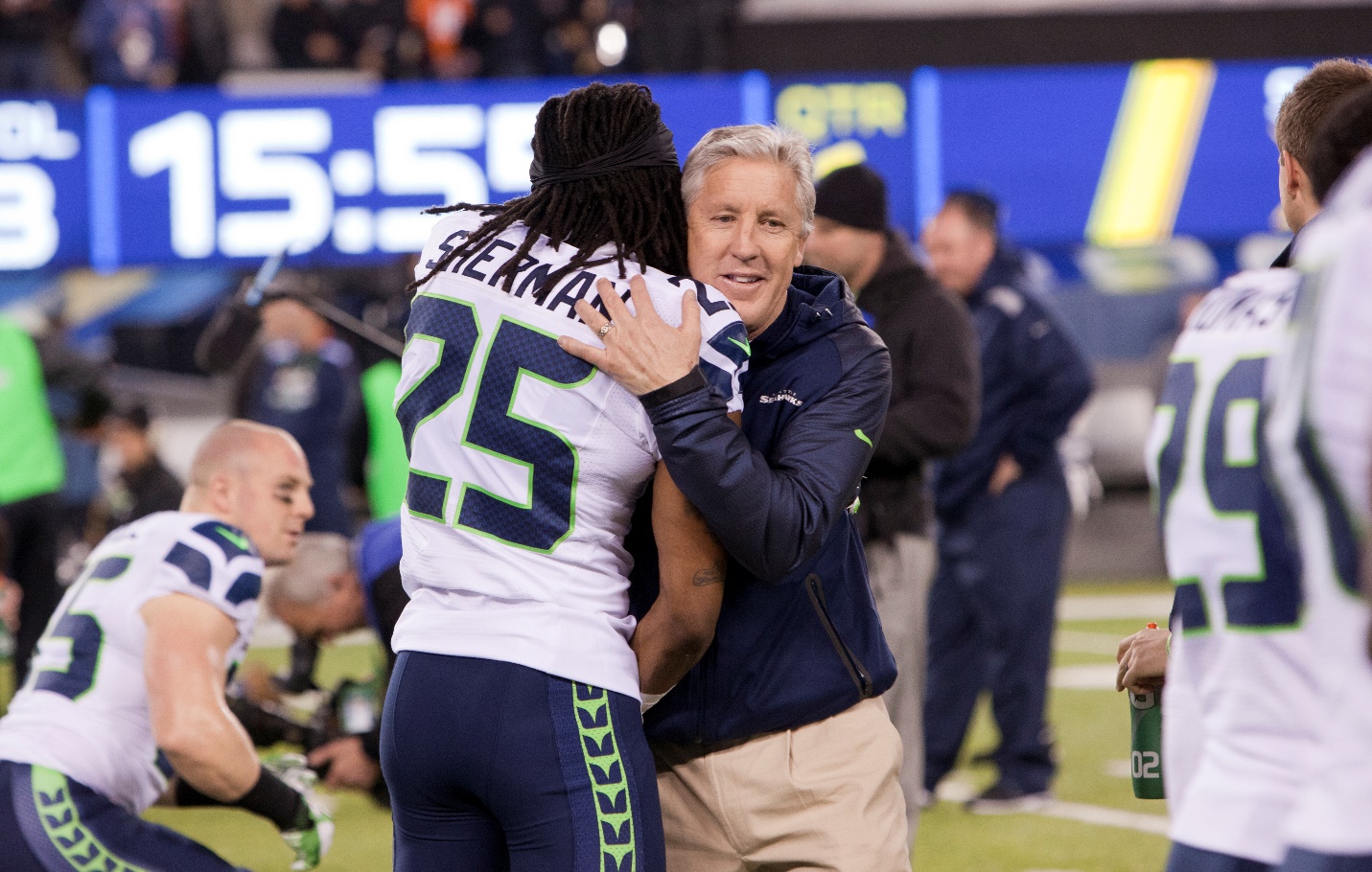 I have to admit that I was disappointed by the ending of the Super Bowl. Not only did I want the Patriots to lose, but I have become a Seahawks fan the last two years. They show the kind of energy and resilience that I wish my own team (the Pittsburgh Steelers) would find.

The big question of the game has been the play call that ended the game with a Seahawk interception on the goal line. Why didn’t the Seahawks hand the ball off to Marshawn Lynch and let him do the work that earned him the nickname Beast Mode? That question has been all over the TV and the radio. It has dominated social media. Deion Sanders called it the worst play call in Super Bowl history.

Coach Pete Carroll has attempted to explain the logic of the play call. He was reacting to what the Patriots were doing and trying to conserve the clock. Carroll has also taken the blame for losing the game. Many analysts and commentators seem to have lowered their opinion of Coach Carroll. I personally cannot defend the call. I would have given the ball to Lynch. But I am having the opposite reaction to Pete Carroll as I am watching him handle the situation. My opinion of him is going up. I think he is doing three things that many leaders fail to do. He made a decision, stood by that decision, and took the blame when that decision did not work out.

First, Pete Carroll made the call. He read the situation, saw an option, and made the decision. It may sound foolish, but you cannot be a leader if you don’t lead. Carroll was decisive when it counted.

Second, Pete Carroll stood by the decision. He admits that it did not work out but he still stands by what he saw and why he made the decision in the moment. It is easy to judge a decision after you know the results. Leaders have to make calls before they know the outcome.

Finally, Pete Carroll took the blame for the loss. He is not blaming other people. He is taking the shots so that his team does not have to. He is shouldering the blame and keeping the brunt of it from hitting his young players.

Maybe it was the wrong call, but the way Pete Carroll is handling this is showing exactly why the Seahawks have one championship win and two championship appearances. It is this kind of leadership that helped the Seahawks mount one of the greatest comebacks in NFL playoff history against the Packers to get to this year’s Super Bowl.

Perhaps it is a lack of this kind of leadership that is crushing many of our churches in Pennsylvania and across the US. Many pastors and church leaders don’t make decisions, don’t stand firm in their decisions or convictions, and pass blame when they lose. Pastors and elders are paralyzed by fear and will not make any decisions. Churches stay the same for years and years even though they desperately need to try new things. When a decision is made, church leaders are not resilient enough to stick with those decisions when the going gets tough and others start to question the decision. And when an idea fails, church leadership is often quick to blame others rather than shoulder the blame themselves. In fact, many church leaders don’t experience failure because they aren’t trying anything that might fail.

The mainline church has been in maintenance mode for a while. We have tried to keep our churches looking like and functioning like the church of the 1950s. While we are holding still, the world is moving at a pace unequalled in history. The church leadership of tomorrow will require more action, more experimentation, and more failure than ever before. Only that kind of leadership will produce churches of Super Bowl faithfulness.

People will be questioning that play call for a long time, but I have a feeling that Pete Carroll will redeem himself sooner rather than later. I just hope that more pastors and church leaders can learn to lead like that soon.

Jordan Rimmer ’12 is the pastor of Westminster Presbyterian Church in New Brighton, Pa. He is a husband and father of four children. Jordan earned a Master of Divinity (MDiv) degree from Pittsburgh Theological Seminary and is currently earning his Doctor of Ministry degree. He blogs at jordanrimmer.com. You can also download his sermons on ITunes or at http://jordanrimmer.podbean.com.