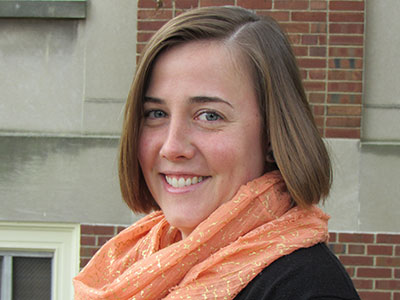 When I was working in Philadelphia—first at Broad Street Ministry and then at Beacon, we as pastoral leaders and staff were often interacting with folks who were vulnerable in some way. I remember the BSM director of social service describing certain vulnerability as someone “experiencing reality differently than I am.” At BSM there was a clear organizational value around engaging that difference with respect and treating that person with love and care as we would any child of God.

The thing is, in that circumstance, how one embodies that care and love is complicated.

The choices one has to make are murky and the best thing to do doesn’t always feel like a specific right thing to do. How do you respond to someone experiencing reality differently from you? Goods have to be weighed against each other and the staff team has to be able to rely on each other to keep the values of the place—that all people are beloved of God and to be treated as beloved of us—even as we figure out together what that looks like.

This was, of course, a rather unique early ministry formation experience. For instance, as part of my work, I took a training on de-escalation that taught me to protect myself against a physical aggressor, such that with a partner, I could remove a person of almost any size from a building without harming them or myself. We spent staff meeting after staff meeting weighing the pros and cons of banning someone from the community at Broad Street, and we always landed on bans being only for a season and never for life. Broad Street wasn’t just a social service organization, it had a worshiping community that practiced communion—we felt we did not have the authority to ban someone from the table forever.

We talked in staff meetings about practices that took into account trauma, and by the time I was there, systems were already in place to avoid lines entirely. Lines stress people out, and hunger, homelessness, loneliness, mental illness, addiction, and vulnerability in a city full of strangers are all stressful enough already. But the choices we had to make felt complicated, and the services we provided, in the way that we insisted on providing them, meant that sometimes we had to draw clear boundaries. You cannot stay if you are being violent. You cannot create situations that exploit or endanger others in the space. We cannot have more happening in the space than we can execute safely and according to our values.

Boundaries and structure are a part of building trust in a fickle system, but they can also be heartbreaking. The gap between the way the world is for the vulnerable and the way that is should be for all of us, as beloved children of God, is too wide for one person or one organization to fill—and if you try to fill the gap, you fill feel your own smallness much more acutely than if you stay firmly on the far plateau facing away from that divide. When I think of the calling to which we have been called, though, standing in that gap is central to it.

I only worked at Broad Street briefly. I absorbed the ethos and was formed by it, but in terms of doing the work myself, there are only a few stories I have of doing much else than watching or working behind the scenes. But there is a story of a terrible snow storm that happened after I left. I don’t remember the particulars, but Broad Street was one of the few warming shelters available on a code blue night during a violent snow storm. Staff was limited and the building was already over capacity to offer hospitality according to our values, indeed even according to our standards for community safety.

People continued to knock on the door and the staff could do nothing for them without imperiling all who were already inside. Finally, one of the staff posted a note on the door, naming that the organization was at capacity, that we could not help. The note advised that folks go under city hall into the subway system and stay as safe and warm as possible. The staff was collectively horrified and heartbroken—this was never who we wanted to be. We who believed in enough-ness, we who believed in the beloved-ness of each person facing the cold that night.

The staff member who wrote the note is a dear friend of mine. The next morning, he took the note off the door, and he kept it. The note is on the wall of his home as a reminder of the cost of not being able to live up to one’s values and of the pain of not being able to do right by God’s people. The note is there to remind him to sit with the costs of full-contact ministry, and the reality of the world as it is and ourselves as we are. The note is there so that he does not delude himself into being comfortable while God’s people are in pain.

Full-contact ministry is knowing that we won’t always be right—that we won’t always fix it, that there isn’t always a way forward that offers the full care we want to offer or the innocence of standing outside the complicity of a culture that harms our siblings. But to me, this realization is the first step toward being able to do anything at all. It is the first step needed to be able to have the necessary conversations during staff meeting and to create a system that doesn’t use lines. It is a first step to imagining a world different from the one we have now.

This kind of work takes community and courage—and it takes the ability to hold hard truths.

School and business and church and culture don’t always encourage the holding of hard truths, but at the Center for Adaptive and Innovative Ministry, we think that is where the work begins. If that is the kind of ministry you are looking for, we’d love to connect with you.

The Rev. Karen Rohrer is director of the PTS Center for Adaptive and Innovative Ministry. Before joining the AIM team, Karen was co-pastor and co-founder of Beacon, a Presbyterian Church in the Kensington section of Philadelphia. The saints of Beacon taught her contextual ministry, the joy of being church, and the unique grace of being a lady pastor and boss in a neighborhood of matriarchs. The building of Beacon taught her amateur handy-woman and moisture remediation skills and that a particular space really can be a reminder that you are loved. As director of AIM, she is excited to vision new ways the church can bear good news to the world and to support and resource the leaders God is calling forth to make it so.