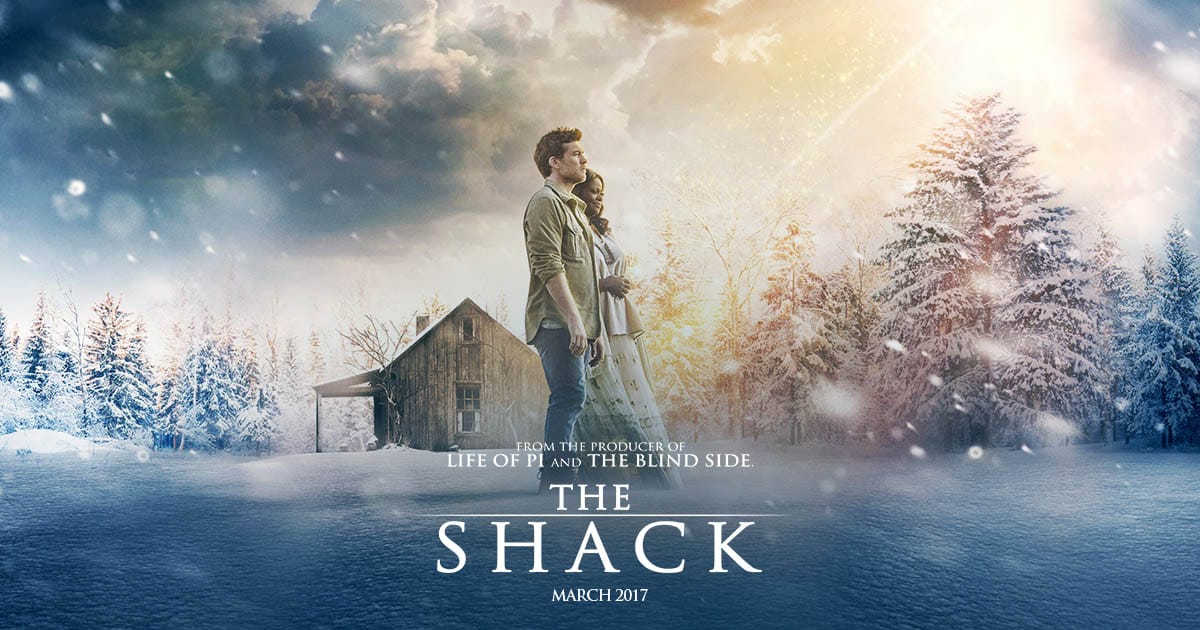 A while back, my covenant group at church read William P. Young’s novel, The Shack. Honestly, I do not believe I even finished it—although I remember being gratified that this book, then making the rounds in conservative Evangelical circles, depicted God as an African American woman! Still, my wife, Wendy, reminds me that I was dismissive of The Shack, scornful of what I saw as its naïveté and theological shortcomings.

Then, I went to see the film version with my father and my sister—and I wept. It wasn’t that the movie was that different from the print version—both Dad and my sister agreed that it was very faithful to the book. The film is visually beautiful, and, I thought, very well acted: especially by the lead Sam Worthington, and by the luminous Octavia Spencer as the First Person of the Trinity. I will freely allow, too, that I was emotionally open and vulnerable, seeing this film with my father and sister on my late mother’s birthday, just a week before the first anniversary of her death. But mainly, I think, I was moved by the film’s potent portrayal of the boundless love of God, and the power of forgiveness.

In the movie as in the book, Mack Phillips has suffered a terrible tragedy. The loss of a child has plunged him, and his family, into darkness and despair. Led by a mysterious note to the eponymous shack, the place where his child had died, Mack is met by two women—a motherly African American cook and an Asian gardener—and a young man, a Middle Eastern carpenter. The three strangers reveal themselves as the triune Godhead, who teaches Mack about forgiveness, the major theme of this film: both the joy of being forgiven, and the freedom from anger and bitterness that comes when we forgive others.

The film, like the book, is already being harshly critiqued. Blogger Grayson Gilbert writes, “The Shack panders to the sensationalism brought on by emotional appeal and subjective relativism. . . . If you want to hear from God, open up the scriptures and read. Drink deeply of a brook that never runs dry; fill yourself with waters free from the bitter gall of heretical teaching.” Pastor Jack Wellman concludes, “Even though The Shack is fiction, I believe it is dangerous, particularly for new Christians, because they don’t have enough knowledge of the Bible and of God, and so they might confuse these fictional characters with the way God really is. . . . I don’t need another fictional book to tell me what God is like. We have the best source on earth for that and its call [sic.] the Bible. We don’t have to guess about the nature of God or His attributes, because we can know.” Yet on the other hand, scholar Allan R. Bevere writes, “I love reading theology. I enjoy parsing terminology and honing the sharp edges of doctrine into something finely tuned and precise. But I also enjoy reading the imaginative narratives that help me think theologically about life and faith in ways I had never considered. I am an unapologetic Nicene-Chalcedonian Trinitarian theologian; and I applaud Paul Young for his portrayal of the Trinity and his narrative display of some of our most significant beliefs and convictions in The Shack.”

The Shack and the Bible

I wonder how much of the fury directed at The Shack is really about mistaken notions of the Trinity or the Incarnation, and how much of it boils down to Wellman’s angry assertion: “the Father is not an African American woman and the Holy Spirit is not a mysterious Asian woman named Sarayu.” Reading this retort, I found myself thinking, “No, but neither is God an unjust judge (Luke 18:1-8), nor is the Holy Spirit a dove (Luke 3:22).” Scripture is filled with metaphors; indeed all of our language about God, without exception, is metaphorical. How could it possibly be otherwise, God being GOD, after all, and not an object in the world of space and time? I wonder how many of those who object to the fiction of The Shack also object to C. S. Lewis’ wonderful Narnia books, or for that matter, to the Left Behind novels of Jerry B. Jenkins and Tim LeHaye? But mostly, I wonder how winsome our faith can possibly be if it is so rigid, pedantic, pedestrian, and rule-bound? What room can there be in such confining doctrinal boxes for a vibrant relationship with the living Lord?

In a recent column on faith in the 21st century West, David Brooks argues for a “friendship with complexity” that engages the world, rather than an ideological purity that rejects it. Brooks concludes that the real enemy of faith is “a form of purism that can’t tolerate difference because it can’t humbly accept the mystery of truth.” To my astonishment and delight, I encountered that mystery of truth in The Shack. I am glad that I saw it. I believe that you will be, too.

The Rev. Dr. Steve Tuell serves as the James A. Kelso Professor of Hebrew and Old Testament at Pittsburgh Theological Seminary. He regularly blogs at The Bible Guy and tweets at @Tuellbibleguy.

1 thought on “The Shack: A Movie Review”