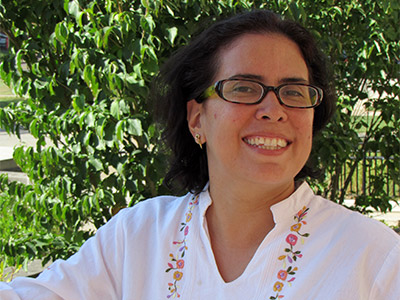 Congratulations to Felicia Zamora, who graduated in May of 2021 with a master of divinity degree! A few years ago, we wrote about Felicia as she was beginning her studies at PTS. You can read here to learn about the twists in turns, in both the U.S. and her home country of Nicaragua, that brought Felicia to seminary in Pittsburgh. All the elements of her spiritual journey—her Baptist roots, her Mennonite connections, and her 14 years working with a healthcare non-profit—conspired to bring her to our community.

Now that Felicia has graduated, we wanted to circle back and learn about her time at the Seminary and what’s next.

One of the factors that initially drew Felicia to PTS was its theological diversity, with more than 20 denominations represented among the students, faculty, and staff. This sort of diversity is not always easy, but Felicia was well-prepared for it by her non-profit work, which had brought her into contact with church delegations across the entire spectrum of conservative to progressive. And so she already knew that, while challenging at times, a theologically diverse community is a gift. Felicia even extended that ecumenical spirit to her personal faith: while remaining a Baptist, during her time in Seminary she has spent time worshiping with local Anglican, Syrian Orthodox, and Black Catholic congregations.

She has also cherished opportunities to learn from even more voices by taking advantage of conferences both on and off campus. She remembers being moved at the powerful event featuring Sybrina Fulton, the mother of Trayvon Martin, hosted by the PTS Metro-Urban Institute and 1Hood Media in 2019. She was also amazed to learn about new ideas for mission around the world when she traveled with the leaders of the PTS World Mission Initiative to the American Society of Missiology annual meeting. At these and other experiences, Felicia continued to connect with people who look, live, and believe differently from herself.

So what’s next for Felicia now that she’s a graduate?

In the short term, she is seeking to remain in the U.S. for another year to continue her work with North Hills Baptist Community Church. Beyond that is yet to be determined. “I’ve learned not to make plans that are too concrete, because God will surprise you,” she explains. “I never thought I would be here in Pittsburgh!” But Felicia loves to teach, so whether it’s in a church, a non-profit, or some other setting, she will likely be seeking to share knowledge, love, and hope with others. She would also like to pursue a D.Min. degree—but preferably a little closer to home in Latin America.

Her word of advice to incoming PTS seminarians: “Expect to be surprised. Whether you’re from the PC(USA) or another tradition, you will learn things that challenge your preconceived notions.”