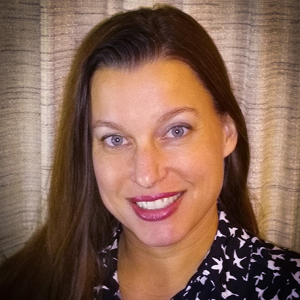 Some students are drawn to a PTS academic program because of its breadth and flexibility. But for pastor and author Rev. Dr. Rachelle McCalla, the attraction was the specific content of the Science and Theology Doctor of Ministry focus.

“One day my husband (also a Presbyterian pastor) informed me that Pittsburgh offered this degree focus,” she explains, “and I immediately knew it was something I wanted to do. I don’t know of any other seminaries that were offering a degree like this.”

Why the desire to study the intersection of science and faith? As a pastor, Rachelle was fielding continual questions and concerns about science—which only increased as she was completing her DMin degree and the COVID-19 vaccines were first developed. Yet Rachelle found it difficult as a faith leader to help congregants navigate scientific topics. Not only are these fields complex, requiring years to gain fluency in reading books and articles, but often religious writers approach science antagonistically. How could she guide her parishioners through these intellectual minefields?

As an author of several fictional book series, Rachelle had an idea about that. Drawing inspiration from Jesus’ practice of teaching through parables, she envisioned using stories to help people better understand how faith and science relate to each other. This idea became her Doctor of Ministry final project, which successfully demonstrated that people are able to engage openly with these difficult subjects through reading fiction.

In addition to her creative and effective project, Rachelle is grateful for the learning she gained from her readings, instructors, and fellow students. Many of the complex science issues she had been wrestling with started to make sense. Some of her concerns about which authors are trustworthy and which have an agenda began to resolve. “I deeply value the time I spend in Pittsburgh, as well as the coursework,” Rachelle says. “For me, class discussions were a major highlight of the program.”

These studies mark the beginning, not the end, of Rachelle’s pursuit of greater scientific knowledge, as she continues to pastor her church in Atlantic, Iowa. “I don’t know exactly where this will take me next,” she says, “but I feel strongly led in this direction. Faith leaders have an important role to play in helping people to trust the science.”

After the pandemic, which area of science will become Rachelle’s focus? “I have started to sort that out,” she says, “but new areas of exploration may emerge at any time.”