Becoming People of One Book

In the preface to his Sermons, John Wesley famously referred to himself as homo unius libri, or “a man of one book”—that is, the Bible. However, in that same place, he acknowledges that the meaning of Scripture is not always simple and straightforward: not only because the meaning of a passage may not be immediately apparent, but because the meaning of Scripture is not exhausted by any single interpretation. Perhaps, by seeking to read the Bible as Wesley did, we may ourselves become people of one book, rediscovering in the diversity of the canon our own unity in diversity.

Join us for a day of presentation, reflection, and conversation with the Rev. Dr. Steve Tuell, James A. Kelso Professor Emeritus of Hebrew and Old Testament. He will be joined by the Rev. Chenda Innis Lee of the Virginia Conference for a conversation that bridges pulpit and pew and explores the ways in which our shared sacred texts can unite rather than divide.

Steven Tuell recently retired from PTS and is now the James A. Kelso Professor Emeritus of Hebrew and Old Testament. He earned his Ph.D. in Hebrew Bible at Union Theological Seminary in Virginia after studying at West Virginia Wesleyan College and Princeton Theological Seminary. He taught at Erskine College, S.C. (1989-1992) and Randolph-Macon College, Va. (1992-2005), receiving numerous awards for teaching excellence. Tuell’s particular research interests are biblical prophecy, particularly the book of Ezekiel and the Book of the Twelve, and the biblical literature of the early Persian Period. He has written numerous articles and book reviews, including multiple entries in Feasting on the Word (a commentary on the Common Lectionary published by Westminster John Knox). His books include a soon to be released volume on Creation (Westminster John Knox), The Prophets: Introducing Israel’s Prophetic Literature (with Stephen L. Cook and John T. Strong. Minneapolis: Fortress, 2022); Reading Nahum-Malachi, Reading the Old Testament (Macon, Ga: Smith-Helwys, 2016); Ezekiel, Understanding the Bible Commentary (Grand Rapids: Baker, 2012; orig. New International Biblical Commentary 16; Peabody, Mass: Hendrickson, 2009). Constituting the Community: Studies on the Polity of Ancient Israel in Honor of S. Dean McBride, Jr. (Co-edited with John T. Strong. Winona Lake, IN: Eisenbrauns, 2005.) An ordained elder in The United Methodist Church, Tuell has served churches in Pennsylvania, New Jersey, West Virginia, and Virginia. He is a member in full connection of the Western Pennsylvania Conference of The United Methodist Church, and preaches and teaches frequently throughout the area. He and his wife, Wendy, have three adult sons.

Chenda Innis Lee was born and baptized into the Christian faith in a small United Methodist Church in rural Liberia, West Africa. She hails from a family of preachers—both men and women—so believes her path to the vocation of pastoral ministry was inevitable, despite her many years of resistance. In God’s time, she was led to the Virginia Annual Conference and served churches in the Northern Virginia region for more than 10 years prior to her recent move to Pittsburgh. She attended Wesley Theological Seminary in Washington, D.C., where she met her husband, the Rev. Asa Lee, president of Pittsburgh Theological Seminary. The Lees have four children, all daughters.

This event is free but registration is required.

CEU certificates are available upon request to ConEd@pts.edu. 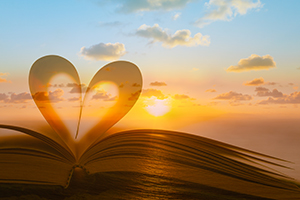