Kelso Museum of Near Eastern Archaeology 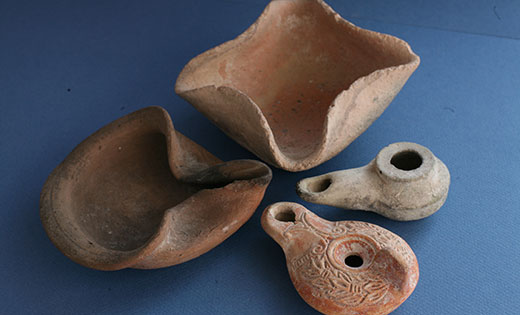 The Kelso Museum of Near Eastern Archaeology has its roots in a program of archaeological field work in the Near East that began in 1924 focusing on the Lands of the Bible: modern day Israel, West Bank, and Jordan. Its exhibits highlight daily life in ancient times including landscape and settlement patterns; domestic and communal architecture; agriculture and food preparation; technologies, crafts, and stylistic traditions; trade; religious observance; as well as memory and writing systems and practices.

In addition to offering tours and resources for scholars, teachers, and students, the Museum invites leading archaeologists to Pittsburgh to offer free, public lectures on a variety of topics.

Watch this 360' video to learn more about the Museum.

PLEASE NOTE: The Museum will be closed beginning Thursday, December 22 for the holiday season. We will resume tours by appointment beginning Wednesday, January 25, 2023.

To make an appointment, call the Museum at 412-924-1395 or complete the online reservation form. Reservations must be made by 3:00 p.m. the day before the scheduled visit, and visitors must receive confirmation of an approved visit before arriving. Typically we can accommodate groups up to seven people. Please contact us to discuss availability for hosting groups larger than seven.

Connect with the Museum