Most students who enter the Church Planting and Revitalization Certificate Program are actively engaged in a new worshiping community, contemplating the creation of such a community, or serving a church undergoing transformation. But for Aaron Bailey in Denver, Colo., it was his ministry helping others launch new faith communities that drew him to the program.

When Aaron had come out as gay after college, he needed some time away from church. Despite the fact that everything was going right—a booming business, a new house, plenty of friends, and a dog—something was missing. Into this sense of longing came a church that would change Aaron’s calling forever, a church that would for the first time bring his faith, life, and sexuality into alignment. A church of people who welcomed him for who he was, not who they wanted him to be.

Aaron began to notice that so many friends (and friends of friends) wanted to find a church like his. Yes, there were affirming churches out there in the mainline denominations, but for many of these seekers, mainline traditions were unfamiliar and uncomfortable.

While trying to relax during a vacation, he read in a book that when you think to yourself, “Someone should really do something about that,” it’s a signal that you are that someone.

Feeling a mixture of panic and resolve, Aaron immediately knew he needed to do something to create non-denominational affirming church contexts. He needed to help create spaces for people to land when they fled from other church traditions, instead of landing nowhere.

Thus Launchpad Partners was born. Aaron and two co-founders formed this organization to provide coaching and consulting for faith leaders who are discerning or engaged in launching new inclusive faith communities.

Now in its second year, Launchpad is helping leaders across the country in various stages of the planting process. This includes initial discernment, practical skills like 501c3 paperwork and fundraising, and strategies for launched churches to become sustainable and stable. Aaron and his ministry partners are helping a suburban church in South Carolina plant a downtown campus that will be focused on social justice. They’re coaching a 100-year-old mainline church in California that has sold its building and is preparing to “replant” itself. They’ve come alongside two women in Arizona who are leveraging technology to help people explore spirituality and wholeness.

Aaron has just begun the program at PTS, but already he sees the ways it will bolster his ministry with Launchpad Partners. In just one course, he has learned a great deal from the innovative ministry of his classmates, most of whom serve in denominational settings.

“Our first class in the program is about discernment,” Aaron explains. “And it’s just what I needed to energize my calling to Launchpad and to be who God created me to be.” 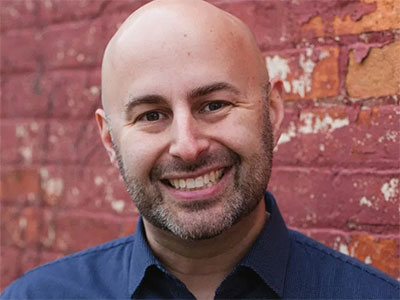