It was April 2011. Andrew Kort, Doctor of Ministry program grad '17, and Mihee Kim-Kort, his wife, had just moved to Bloomington, Ind., following Andrew’s new call as pastor of First Presbyterian Church. From amidst the chaos of moving miles away, with 8-week-old twins (they now have another son as well), refiguring life and connections, running on very few hours of sleep, in Mihee’s words, “we came up with the hare-brained idea for a book.”

In 2014 the seed born amid the chaos of life grew into a reality in their book, Yoked: Stories of a Clergy Couple in Marriage, Family, and Ministry. The book explores the topics of vocation, pastoral identity, marriage, ministry, children, and many more, while weaving their two voices together as one beautiful and honest narrative on their life as persons of the cloth. The hope is that the book can be something to offer to churches in order to engage conversation about ministry and the misconception about the perfection of a minister’s life.

“The culture surrounding the life of a clergy person is thought to be rather unknown,” said Mihee, a PCUSA pastor and PhD student. “Many people don’t know what it is we do, and we had a sense of wanting to demystify the clergy life, the ins and outs of family, and managing two calls.”

Andrew and Mihee also want the book to serve as a source of encouragement to other clergy couples. In the midst of writing Yoked, they searched for anything similar to the endeavor they were taking on. Despite the wide assortment of memoirs available, none could be unearthed on clergy couples. When they were preparing to be married, on top of the typical glad tidings that accompanied an engagement they also heard a lot of doom and gloom—namely, that there was no way their marriage was going to work. So it was important to them to be in the conversation that marriage between two clergy was possible and not the disaster which was foretold to them.

There is a lot of literature on marriage in the world, some good and some bad, and they are also hoping a book couched in faith language can be a good addition, providing a different dimension on marriage and family.

“It is a unique position to be in as a clergy couple; it's true for any couple where there is one professional married to another,” said Andrew. “Just like two doctors, or two lawyers, or even a clergy and a doctor—any family that has dual incomes, there will still be each person’s calling, and along with that discernment and sacrifice.” 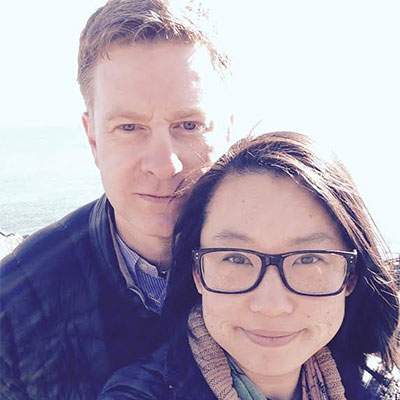