Dr. Louis J. Hutchinson III, comes to PTS after serving for four years on the board at Wesley Theological Seminary in Washington, D.C. He earned a master of divinity in 2008 and a doctor of theology in 2012, both at Wesley. He also has a bachelor’s in accounting from George Washington University. Hutchinson is an experienced business executive with proven skills in organizational transformation, rebranding, and development. He is the recipient of several awards, including the 2018 Washington Business Journal C-Suite Executive Award for Chief Marketing Officer, and was named among the Top 100 Most Influential Blacks in Corporate America by Savoy Magazine in 2014, 2016, and 2018. He is passionate about education, human rights, civil rights, economic empowerment, poverty alleviation, the environment, and science and technology. He is also the current chair of the board of Restore Together, a poverty alleviation nonprofit he has helped to lead since 2012.

Amy Newell ’22 joins the Board as a recent PTS M.Div. graduate and recipient of the Fred McFeely Rogers Prize in Biblical Studies (2021), the James Purdy Scholarship (2021), and the Lamberson Presidential Scholarship. In addition to a year of field education at Aspinwall Presbyterian Church, she has been a leader and lay pastor at Hoboken Presbyterian Church in Blawnox, her home church for more than 25 years. She preaches regularly, leads worship, has served as treasurer, and five years ago stepped in as pulpit supply after the church’s pastor resigned. This year she will become Covenant Pastor at Hoboken PC, and considers herself called to full-time ministry through a variety of part-time calls. Newell is bi-vocational and continues to work as a retail sales manager for Bath & Body Works, where for 22 years she has ministered to customers and co-workers through a ministry of presence. Newell has a bachelor’s in accounting from Duquesne University. She will serve on the Board as the student representative.

The Rev. Gavin Walton ’16 is the pastor of Grace Memorial Presbyterian Church in Pittsburgh, Pa., the oldest historically Black Presbyterian Church west of the Allegheny Mountains. He has a B.A. from Duquesne University, a master of divinity from PTS, and was ordained in the PC(USA) in 2017. He is passionate about leading the church into what Jesus is doing in the community. In 2020, he partnered with the Rev. Mike Holohan ’10 to organize an anti-racism vigil in response to George Floyd’s murder. This partnership has grown into an ongoing anti-racist collective for religious leaders. Walton is a native of the Stanton Heights neighborhood of Pittsburgh, and grew up in the Roman Catholic Church and later the Pentecostal Church before becoming a member of Shadyside PC in college. He will serve on the Board as the alumnae/i representative. 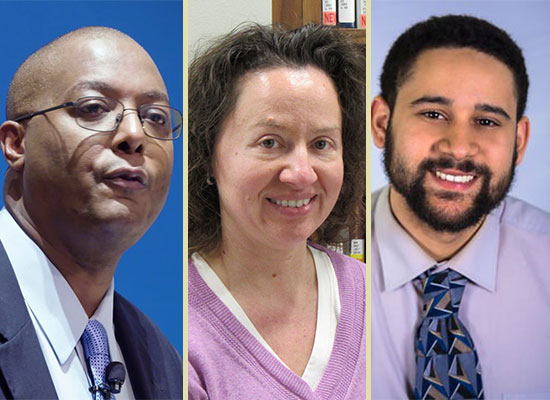