Pittsburgh became home to Camilla Helenkamp when she was about five. With the Civil Rights Movement well underway, five years later life became even harder when her mother died. “My father taught us to be independent and pursue an education,” says Camilla. So after graduating from high school, she trained to become a licensed practical nurse.

In the mid-1980s, Camilla moved to Illinois, where she “received the gift of salvation” while attending the East End Church of God. She worked at the Veterans Hospital in rural Danville. But after four years in Illinois, she missed Pittsburgh so much that she decided to move back and enrolled in the pre-nursing program at Community College of Allegheny County. “I did well until my clinicals, when I began to discern that nursing wasn’t the direction I should go,” she observes. “God was calling me to change how I earned a living, which required me to trust Him for the outcome.”

Taking a position for the Social Security Administration instead of a nursing position initiated the change in Camilla’s call, though for the next seven years she continued to complete her bachelor’s in social work at the University of Pittsburgh. After graduating, she began volunteering at her church, then became its full-time secretary, and soon its volunteer coordinator.

Three years ago Camilla enrolled in the M.Div. program at PTS. An evening student with 24 years of government service, she works full time at Veterans Administration Hospital, Oakland (Pa.).

“For a long while I didn’t consider myself a spiritual leader. But I’ve realized that I must see myself as God sees me. During my time at PTS I’ve discovered that I have a talent for teaching. I’m growing in my thirst to understand what I believe, why I believe it, and how I can proclaim intelligently to others what God has done in my life.”

After seminary, Camilla will seek to “do ministry that uplifts, empowers, and gives voice and purpose to people by sharing the gospel of Jesus Christ.” She has a particular passion for women’s ministries: “God has positioned women in the church to serve the people of God and society. The gifts of women in ministry remain strong and powerful spiritual forces in our churches today—more frequently than not from below the pulpit, and often unmentioned, uncrowned, and unnoticed. I look forward to joining the endless number of women who have forged a path so that others may follow in power, strength, prayer, service, and wisdom.” 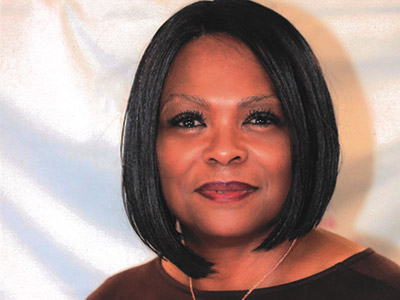