Study Guide for “How to Draw Circles: The Christian Art of Building Life Together,” lecture by Willie James Jennings

During the annual Schaff Lectures in 2017 at Pittsburgh Theological Seminary, Willie J. Jennings presented "Forming Faithful Places." In the second lecture, "How to Draw Circles: The Christian Art of Building Life Together," he explored a spirituality of collaboration and pressed forward to illumine the logic of relationality for Christians. For Christians the goal of alliance building opens toward a profound desire for life together to be registered geographically and materially. We are people of community always moving toward communion. Yet the problem for us is that we often lack the courage and creativity to angle social, cultural, political, and economic life toward communion. Jennings proposes a vision of encircled life that might reshape how we imagine our work of living in places and spaces.

Use this study guide and video for your own growth and knowledge. Organize a three-part study with your church small group or adult Sunday School class. Or plan a watch party online and virtually join with others for discussion about how the Christian art of building life together. You may also enjoy watching the other video from this series, "How to Draw Lines: The Christian Art of Forming Alliances." 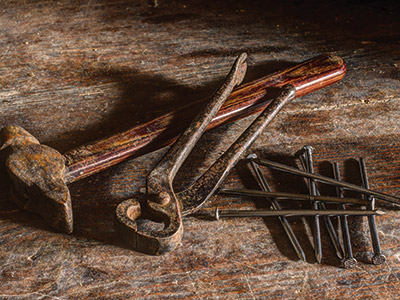