Board member emeritus Edwin Van Clarke Jr. died Jan. 5, 2020, after a long and courageous battle with Alzheimer’s. Born in Irwin, Pa., Ed graduated from Norwin High School in 1943, having left high school in the middle of his senior year to enter the University of Pittsburgh under an Army Air Corps program. His education at Pitt was interrupted for three years when he was called to service by the Air Corps as a navigator/operator.

After returning to the university, he earned his bachelor of science in industrial engineering in 1948 and began a lifelong career with Westinghouse Electric Corporation. There he rose from sales engineer in the Detroit Lamp Division to president of the multibillion-dollar Industry Products Division, with 22,000 employees, and he served on the Westinghouse management committee—the top policy-making body of the corporation. In 1979 he received the Westinghouse Order of Merit, the corporation’s highest award for individual achievement.

After retiring in 1986, Ed served on many boards, including Provident Insurance, National Steel of Mishawaka, JA Jones, Warren Wilson College, and Pittsburgh Theological Seminary (from 1989-2008), as well as president of the Greater Pittsburgh Chamber of Commerce. At GPCC, Ed and two others established the still-active Leadership Pittsburgh program to develop future Pittsburgh leaders.

Prior to being named a director emeritus at PTS in 2008, Ed received the Seminary’s highest honor, the Anderson Award of Merit, in 2002, in large part for his early, exemplary endowment support of the Miller Summer Youth Institute and Directors’ Bicentennial Chair of Theology, as well as his major gifts for capital projects. He also earned the Distinguished Alumnus Award from Pitt’s school of engineering, as well as induction into its Engineering Hall of Fame.

An active leader at Sewickley PC, Ed helped the church acquire and develop Faith House (formerly Pink House) to further the church’s work and growth. A man of deep Christian faith and conviction, Ed consistently chose doing what is right over doing what is popular. 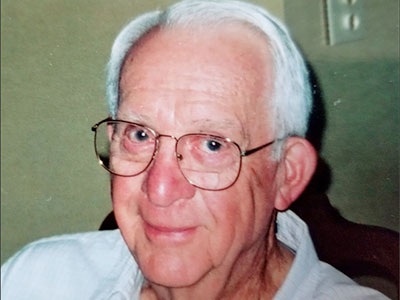