Pittsburgh Theological Seminary’s Board of Directors has granted emerita/us status to two faculty members—Drs. Edith M. Humphrey and Ron E. Tappy, both of whom recently retired from teaching at PTS.

“Colleagues Dr. Edith Humphrey and Dr. Ron Tappy have made invaluable contributions to the Pittsburgh Seminary community in their care for students and their teaching over these decades,” said the Rev. Dr. David Esterline, president and professor of cross-cultural theological education. “It’s a tremendous pleasure to recognize their lasting legacies and to benefit from their ongoing influences through Dr. Humphrey’s teaching in our doctor of ministry program and Dr. Tappy’s leadership of The Zeitah Excavation.”

Humphrey is the William F. Orr Professor Emerita of New Testament. She started at the Seminary in 2002 and retired in 2021. Prior to her service at PTS, she taught at several colleges and universities in Canada, and was professor of Scripture at Augustine College, Ottawa, Canada, from 1997-2002, where in her final year she served as dean. She earned her ARCT in piano performance from the Royal Conservatory of Toronto, her bachelor’s in English and classics (with honors) from Victoria University (University of Toronto), and her doctorate in biblical studies from McGill University, Montreal, where she was awarded the Governor General’s Gold Medal. The author of numerous articles on the literary and rhetorical study of the Bible, she has also written eight books, including the most recent Further Up and Further In: Orthodox Conversations with C. S. Lewis on Scripture and Theology (St. Vladimir’s Press, 2017), and a children’s book, Beyond the White Fence, forthcoming in fall 2021 (Ancient Faith Publishing). In her popular writing she has addressed such subjects as the Jesus Seminar, the Trinity, sexuality and the human person, music and theology, the authority of Scripture within the Great Tradition, and Christian spirituality. An active member of the Orthodox Church (attending St. Nicholas Church in McKees Rocks), she retains strong ties with friends in various denominations, and is well-known as a popular speaker at church retreats, ecumenical conferences, and seminary events.

Retiring from teaching in 2020, Tappy is the G. Albert Shoemaker Professor Emeritus of Bible and Archaeology. He continues to serve as the project director and principal investigator of The Zeitah Excavations, an archaeological field project at Tel Zayit, Israel. In addition to completing graduate work at the Jerusalem University College and the Oriental Institute of the University of Chicago, Tappy received an MATS degree summa cum laude from Gordon-Conwell Theological Seminary and his AM and Ph.D. (with distinction) from Harvard University. His teaching focuses on the life and literature of the Old Testament period, biblical archaeology, and the history of Israel. His research and publication interests center on the interrelated nature of the cultural, political, and economic history of Iron Age Israel as well as the various cultural groups with whom Israel interacted. He began excavating at various sites in Israel more than 40 years ago, and his current field research at Tel Zayit involves a full-scale field exploration of a Late Bronze–Iron Age town in the Shephelah region of biblical Judah. During the 2005 season of excavation, his team discovered an inscription incised in stone of the earliest known, securely datable Hebrew alphabet. Newspapers, magazines, and television programs around the world publicized this discovery (e.g., BBC; Associated Press; Pravda; The New York Times, Nov. 9, 2005; WGBH Magazine, November, 2008; “The Bible’s Buried Secrets,” a two-hour PBS NOVA special that aired Nov. 18, 2008). His book dealing with this inscription (Literate Culture and Tenth-Century Canaan: The Tel Zayit Abecedary in Context, 2008) received the Frank Moore Cross Award from the American Schools of Oriental Research in 2009. He is a leading authority on the archaeology of Israelite Samaria and has written three books on that subject, one of which was nominated for ASOR’s G. Ernest Wright Award. 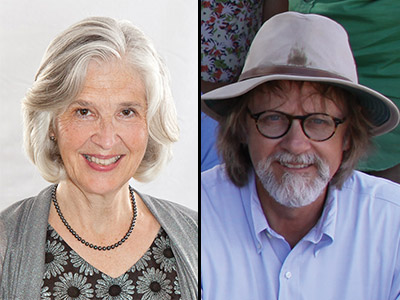