Pittsburgh Seminary president the Rev. Dr. Asa Lee said, “We are enthusiastic about Dr. Russaw’s appointment for many reasons. She is a thoughtful and engaging educator who pays close attention to her students’ needs and the trends in the classroom. Her expertise in womanist, feminist, and African American hermeneutics along with her commitment to traditional Biblical scholarship will enhance the scope and depth of our faculty’s work. She is a passionately engaged clergy scholar with a strong record of service to the church. She embodies many of the commitments of PTS. We are blessed to have her.”

Russaw’s book Revisiting Rahab: Another Look at the Woman of Jericho (Wesley Foundry Books, 2021) reframes Rahab as a complex, unwieldy character who upends the patriarchal ecosystem of her time and place. This view of Rahab holds her as an exemplar of the inconvenient characters who persist at the margins even today. Russaw also authored Daughters in the Hebrew Bible (Lexington Books, 2018), an exploration of the roles of daughters—unmarried female members of the household who are not yet mothers—in Hebrew narrative. She has also contributed numerous journal articles and book chapters, including “Wisdom in the Garden: The Woman of Genesis 3 and Alice Walker’s Sophia,” in I Found God in Me: A Womanist Biblical Hermeneutics Reader (Cascade Books, 2015) and “Undaunted: Reading Miriam for the Sisters They Tried to Erase” in Stony the Road We Trod: African American Biblical Interpretation 30th Anniversary Expanded Edition (Fortress Press, 2021).

Russaw’s research and teaching interests include the Pentateuch, women in the biblical world, feminist and womanist biblical interpretation, Ancient Near Eastern literature, and the Bible and popular culture. In addition to her teaching responsibilities, she has served in the seminary context on academic councils, advancement committees, strategic plan teams, and as the faculty representative on a board of trustees.

Throughout her teaching career, Russaw has received a number of fellowships and awards. This year, she is participating in the Wabash Center’s Teaching and Learning Workshop for Early Career Theological School Faculty. Previously, she has earned fellowships with Vanderbilt University, the Fund for Theological Education, and the United Methodist Women of Color. She is the chair of the Society of Biblical Literature’s African American Biblical Hermeneutics program unit, having previously co-chaired the Women in the Biblical World program unit. She is an editorial board member of the Journal of Biblical Literature and a member of the American Academy of Religion and the Society for the Study of Black Religion, among other associations.

Russaw received her bachelor’s in English from Spelman College; master of business administration from Clark-Atlanta University; master of divinity from Interdenominational Theological Center; and both a master’s and doctor of philosophy in religion from Vanderbilt University. She is an ordained itinerant elder in the African Methodist Episcopal Church. 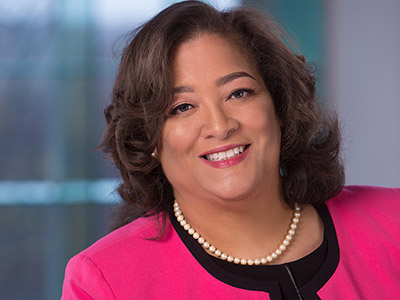