The Rev. Porsha Williams Gates twice planned to pursue a Ph.D. in English. Both times she ended up following God’s leading in a different direction—and we’re so glad her path brought her to the PTS community!

The first change in plans came when Porsha graduated from Spelman College. Just as she was about to apply to doctoral programs, she received an epiphany. A lifelong practitioner of Afro-Christian diasporic tradition, she would attend seminary to explore a possible vocation in ministry. Her full scholarship to Yale Divinity School confirmed her new step forward.

After receiving her M.Div., Porsha again set her sights on an English Ph.D. But the program she dreamed of—a study of the theological perspectives of authors like Toni Morrison and James Baldwin—didn’t seem to exist. So instead, she followed other passions, serving as an ordained Baptist minister in youth ministry and parish settings.

During her six years in full-time ministry in Connecticut, where she lives with her husband, Jamal, and their dog, a new passion and dream emerged. Porsha began to reimagine the concept of the pulpit. Who gets to preach? Who is allowed to share the Word? Porsha’s reimagined pulpit, one that would amplify the sounds of humanity, started as a podcast and developed into a corporation: Porshanality Media. Now featuring podcasts like Womanist Salon and Say it Out Loud—and others, along with several more on the way—the company is a seedbed of creativity, art, and public theology.

Just as Porsha was shifting her ministry focus fully to media, she discovered the PTS D.Min. program’s Creative Writing and Public Theology focus. This was it! The doctorate that had not yet existed when Porsha had graduated from seminary!

“This program is the perfect fit,” she explains. “It combines my loves of literature, writing, and theology—and it also marries so well to my work with Porshanality Media.”

The program not only aids Porsha in her current work, but it also equips her for future projects. Someday she would like to focus more on her writing, perhaps publishing a novel, a book of essays, or a collection of poetry.

We are excited for Porsha’s future work, but for now, we are grateful for her presence in our community. You can also catch her insider’s perspective of the D.Min. program on her podcast Doing It Different, where she talks to PTS faculty, staff, and fellow students. 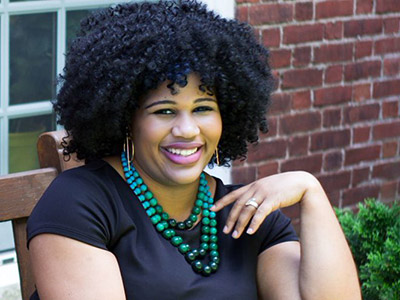