Pittsburgh Theological Seminary mourns the loss of the Rev. Dr. Jared Judd Jackson, who died March 29, 2022, at the age of 91. Jackson served as professor of Old Testament at PTS for 32 years and was named professor emeritus upon retiring in 1997.

Dr. Jackson was born July 26, 1930, and spent his early years in Honolulu, Hawaii. He then moved to Cambridge, Mass., where his father was the first librarian of Houghton Library at Harvard University. In this scholarly environment, young Jackson grew up to become a scholar in his own right. He earned a bachelor’s from Harvard College, a master’s from Episcopal Divinity School (Cambridge, Mass.), and a Ph.D. from Union Theological Seminary, where he studied Old Testament. His doctoral studies shaped a life-long passion for teaching Hebrew scripture.

His mantra for life was found in the words of Dorothy Day: “whoever does not see God in the poor is an atheist indeed.”

In addition to his work as a professor, Dr. Jackson was an ordained Episcopal priest and served several parishes throughout his life. Within the Episcopal Diocese of Pittsburgh, he helped form St. Albans in Murrysville, and assisted at Calvary Episcopal Church and the Church of the Redeemer in Squirrel Hill.

In retirement, Dr. Jackson had more time for his other passions, including watching as many Pittsburgh Penguins hockey games as possible, teaching Hebrew to PTS’s Metro-Urban Institute students, volunteering with Up for Reading at Emmanuel Episcopal Church, becoming a facilitator for the YWCA Anti-racism Center, and starting Bible studies at St. Brendan’s Episcopal Church and later at the Episcopal Church of the Holy Cross in Homewood, where he assisted with services. Dr. Jackson was passionate about racial and social justice and proudly marched and served with Pennsylvania Interfaith Impact Network.

Dr. Jackson also proudly served in the Marines as a First Lieutenant during the Korean War.

At the time of his death, Dr. Jackson was residing in Gibsonia, Pa. He is survived by his wife, Cynthia ’88, and many children and grandchildren. 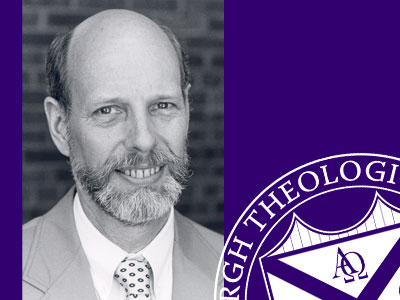