When the Rev. Dr. Sheila L. Johnson received her doctor of ministry from Pittsburgh Theological Seminary in 2010, it was not her first doctorate—but it did represent an important moment in her ministry.

Sheila had already earned a Ph.D. and served for many years as a professor and administrator in higher education. Meanwhile, she had two entirely separate endeavors in her life: ministering as an executive pastor at an urban church, and writing and recording gospel music. While each of these pursuits was rewarding in its own right—including success on the Billboard and international music charts—Sheila felt that they were disjointed. She sought to blend these various callings and to learn how they might fit together.

It was this desire that, according to Sheila, caused the Holy Spirit to lead her to Pittsburgh Seminary. She learned that the DMin program had an urban ministry focus, led by Dr. Ron Peters, founder of the Seminary’s Metro-Urban Institute (and currently a PTS Board member).

As she explored the degree, she was impressed by its “both/and” approach: it was both grounded in a biblical foundation and focused on practical hands-on ministry applications. Given the program’s emphasis, content, and scholarships, she was grateful for the opportunity.

It did not disappoint. During her time here, Sheila truly began to integrate the different components of her work and ministry. She uses two metaphors to describe the impact of her PTS education. First, it was like “cross-pollination” in that her cohort comprised students who were white, Black, women, men, young, and old, representing locations stretching from Tennessee to Canada. All the students were enriched by learning from each member’s unique experiences and perspectives. Second, it was like baking a cake: she came to view her different ministries as ingredients like sugar, butter, and flour. She would no longer keep them separate, because she was learning to create something new, unique, and effective.

As Sheila has continued to bake her cake, she has taken with her the fruit of her cross-pollinized education. When the COVID-19 pandemic arrived, for instance, she combined two separate parts of her ministry to better meet people’s needs. She equipped young people from her youth ministry to help care for unhoused persons in her ministry to the homeless. Sheila paired the youth with adult volunteers to distribute goods together. This created its own cross-pollination as the youth, adult mentors, and unhoused people all interacted.

Sheila still has many ministry endeavors, including her recent election as the first female president of the Baptist Ministers Conference of Pittsburgh and Vicinity in its almost 100 years of existence. She has transitioned in higher education to teaching, mentoring, and shepherding doctor of ministry students; she continues to integrate and cross-pollinate within her pastoral leadership and music functions.

For those on the fence about seminary, Sheila says the time is now: “As we move into the next normal of ministry, it is imperative that God’s leaders—clergy and laity—be empowered and equipped to do what God is calling us to do.” 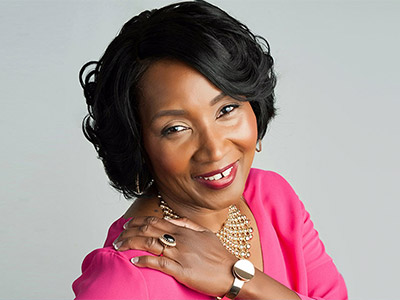