Keying off and amplifying the material she discusses in her PTS course The Bible and C. S. Lewis, Edith demonstrates that Lewis does not shy away from the “dark edges” inherent in biblical themes such as substitutionary atonement and Christ as victor over the powers of evil. “Some of these teachings have fallen out of vogue in the Western church today,” says Edith, “but Lewis deals with them head-on in a number of his books—for example, Till We Have Faces and The Great Divorce.” And as a member of the Eastern Orthodox Church (and secretary of the Orthodox Theological Society in America), Edith finds that the Orthodox tradition speaks to these difficult themes in a way that has gone largely undiscovered.

“While I’ve written my manuscript with a didactic purpose, I don’t want to detract from the delight of reading Lewis’s books!” Edith insists. “He wrote for sheer pleasure, and we should read his books with the same enjoyment—for the glory they evoke in us. What I am seeking to do through my book is to encourage readers of Lewis’s simpler works to try reading his more challenging books as well.”

For Edith, those books include Pilgrim’s Regress, The Abolition of Man, That Hideous Strength, Miracles, and even The Magician’s Nephew and The Silver Chair, in addition to the two mentioned above. “I want people to appreciate and enjoy these books, and also to understand them,” Edith adds. Toward that end, she keys their themes to theologians and scholars such as Sts. Athanasius and John Chrysostom, Von Balthasar and Schmemann, in chapters such as “Thinking Carefully and Acting Ethically,” “Depravity and Possession,” “Miracles and Magic,” and “Death and Life, Heaven and Hell: Blessings and Curses Revisited.”

Edith is also working toward her next book project—one on reading Paul’s doctrine of justification and atonement through the eyes of St. John Chrysostom and other key Church Fathers. “I plan to write this book for an Orthodox audience, which considers the doctrine of justification to be a product of the Western church. By examining the writings of theologians and thinkers ‘closer’ to the Orthodox tradition, I want to encourage the Eastern Church to recapture and reclaim these themes as they appear in their own tradition, prior to the debates of the Reformation.” 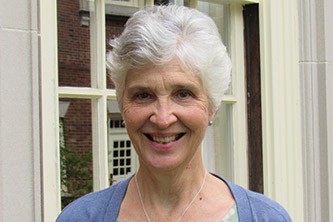