“When I came on board with MUI,” says Kimberly, “we began with a posture of listening. We went into communities in greater Pittsburgh where other entities were already at work to learn about their struggles, their victories, and how MUI could serve and undergird them.” Since taking this “listening tour,” which considered community members the experts about their own contexts, Kimberly and MUI have been able to facilitate numerous collaborative efforts bringing together community organizations, churches, non-profits, and businesses in many neighborhoods and communities throughout the city.

For example, on Pittsburgh’s Northside, Kimberly and MUI met with 35 faith leaders in 18 neighborhoods to link congregations and nurture buy-in by faith communities with the One Northside Initiative, supported by the Buhl Foundation in collaboration with community leaders, residents, and organizations.

MUI also works with local churches, which are experiencing a declining and aging membership, to help them reconceptualize what it means to be a part of their communities. “With changed demographics over the years, many local churches have become destination churches as opposed to being integral parts of their neighborhoods,” Kimberly explains. “So we’re bringing different community entities together to help link the desires of local pastors with the resources and training they need to be able to enact their many wonderful ideas for helping their neighborhoods flourish.” MUI is serving as both the catalyst and the glue for these initiatives.

“At the same time,” says Kimberly, “we are making a concerted effort to make Pittsburgh Seminary itself more relevant to our immediate community right here in our East Liberty/Larimer context—to be a good neighbor to our fellow residents.” Toward that end, MUI has joined the Larimer Consensus Group and is represented at the monthly meetings of the Zone 5 Police Department.

“Here at the Seminary,” says Kimberly, “I am grateful to be able to collaborate on MUI initiatives with our chairperson, Dr. R. Drew Smith, professor of urban ministry. In fact, he is spearheading the publication of a volume to celebrate MUI’s 25th anniversary.” The volume will contain articles by 40 contributors on the theme of Reframing Urban Ministry: 21st Century Contexts and Considerations. 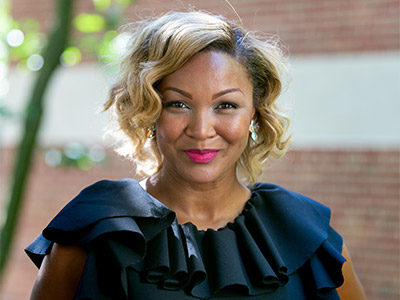