People Before Issues: Pastoral Engagement with LGBTQ Members of Your Community

This program will feature two free sessions for interested clergy, youth pastors, and people who need a confidence boost. The first part will be a conversation between our speakers on Thursday evening; this session does not require registration and is open to the public. The second part does require advance registration and is a day-long workshop on Friday.

Listed below are two books that you may find useful to read before attending these events. Reading one or both of these books is not required to participate.

For Friday Workshop only

Bridging the Divide: A Conversation about Sexuality and the Church

The American church has been repeatedly divided by the issue of sexual orientation and gender identity, and many people and their loved ones have left their faith at the wayside because of this division. How might the situation be different if we put the care of people before us first? Can we still find a way to common concern and commitment across division? Join Ray Low and Justin Lee for dialogue across difference that finds common ground on LGBTQ pastoral care.

Friday Workshop: Pastoral Engagement with LGBTQ Members of Your Community

How should you engage someone in your faith community when they initially come out as lesbian or gay? How do you provide pastoral care with family members of a child who identifies as transgender? How can you respond in ways that help rather than intensify the emotional, spiritual, and pastoral issues that often arise with such revelations?

Join us for this workshop, designed for lay and ordained faith leaders, to increase your awareness and knowledge of pastorally sensitive and appropriate responses to LGBTQ members of your community and their loved ones. Participants will leave with a better grasp of the language and skills needed to provide quality pastoral care to God’s LGBTQ children. 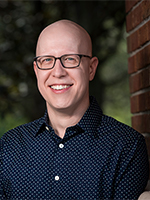 For the last two decades, Justin Lee has been an influential Christian voice for LGBTQ affirmation, best known for working across areas of theological disagreement to promote grace and mutual understanding. He is the founder of the world’s largest LGBTQ Christian advocacy organization, the author of two books, and an internationally known speaker on faith, sexuality, and dialogue.

Lee's first book, Torn: Rescuing the Gospel from the Gays-vs.-Christians Debate, has been widely cited for its role in changing conservative Christians’ attitudes and helping Christian parents accept their LGBTQ kids. His newest book, Talking Across the Divide, offers strategies for having more productive conversations on controversial issues in a polarized society.

Lee lives in Orlando, Fla., where he currently serves as the executive director of Nuance Ministries and as a consultant for the Tyler Clementi Foundation. He makes humorous videos on the Bible and other topics on his YouTube channel and blogs at GeekyJustin.com. 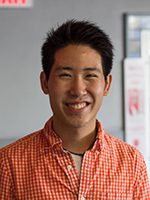 Ray Low grew up in the suburbs of Illinois before moving to New York for college and immediately finding his home in the big city. Having received his master of divinity degree from Gordon-Conwell Theological Seminary, he is passionate about discipleship, evangelism, reconciliation, and justice issues. He currently serves as the assistant pastor at Morningside UMC overseeing youth, college, and young adult ministries.

Low has been told by many modern churches, missional ministries, and justice oriented organizations that LGBTQ people are "not a priority." He has been fired for his sexual orientation. He has shared his story at various LGBTQ Christian conferences in the past including Q Christian Fellowship and Revoice.

Low identifies his pastoral focus as desiring to be a “resource” to churches as a celibate, Asian-American pastor - one whose first question is, “How can we lay down our lives for the members of the LGBTQ community who are suffering? What does it mean to care for and love people who have been hurt deeply by the Christian community? How can our churches create more space for LGBTQ people to encounter Jesus?” Previously he has served with organizations such as the International Justice Mission, World Vision, and various LGBTQ student organizations. Recently he started a community-oriented coffee shop in Manhattan's Chinatown.

Directions to the Seminary.

There is free parking on the Seminary campus behind the Chapel and Library. Campus Map.

A small number of private rooms are available on campus for overnight guests. If you would like overnight accommodations, E-mail reception@pts.edu or call 412-362-5610.

We will provide Continuing Education Unit certificates for clergy and ministry leaders upon request.