For Registrar Anne Malone, It's a Calling

As the PTS registrar and student support specialist, Anne Malone is—it is fair to say—the glue that holds together the Seminary’s academics.

If you have studied at PTS in the last 18 years, you have almost certainly worked with Anne on matters related to scheduling and graduation. In addition to these important student services, Anne ensures the accuracy and protection of academic records, works with outside agencies on issues of immigration and veterans’ benefits, and helps to plan our graduation ceremonies. Her responsibilities cause her to cross paths with nearly everyone on campus.

Reflecting on her path to this role, Anne remarks, “No one really trains to be a registrar. You fall into it from other places.” For Anne, the other place was a K-12 educational setting and other positions she held, where she developed an organizational skill set that has allowed her to thrive as a registrar. One reason she continues to love her work is how well-suited her strengths are for the role.

But for Anne, serving as registrar is not just a good fit for her skills—it’s a calling. “At PTS, we’re preparing students for ministry,” she explains. “That’s what continues to draw me to my work.” Ministry is nothing new to Anne, who has spent decades in lay leadership roles at various churches. In the Anglican congregation that has been her church home for more than 15 years, she has served as senior warden of the Vestry, choir member, active participant in Bible study and book groups, and various committees that serve the congregation. She views being a registrar in a similar light: a chance to use her God-given gifts to aid seminarians in pursuit of their call.

She not only ministers to the world via students, but sometimes Anne has the chance to minister to the students themselves. Years ago, for instance, one student suffered the loss of his father just as he was preparing for his last semester’s final exams. The looming graduation deadlines, which are firmly fixed, threatened to make it impossible for him to complete all his work on time as he dealt with his family’s loss.

Anne remembers sitting with the student in her office and praying with him. She was able to work with him, his professors, and the graduation policies to ensure that he could graduate on time. She maintains a bond with the alumnus today because of the experience of walking alongside him during such a difficult time.

For this and countless other reasons, we are so grateful to Anne for her ministry in and beyond our Seminary community! 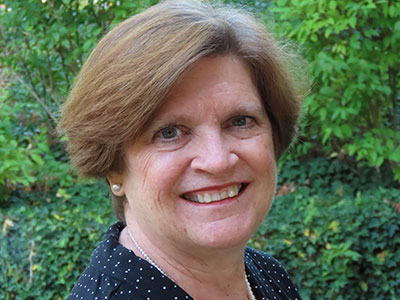