Some generations have defining moments—presidential assassinations or wars—events that split life into a “before” and “after.” But for Dr. Derek Woodard-Lehman, PTS lecturer in theology and ethics, the intersection of life and world events came through the protest music of the 1990s: hip hop and rock ‘n roll.

For example, Derek loved U2’s song, “Mothers of the Disappeared,” yet without knowing what its lyrics were about. The song mourns the tens of thousands who were “disappeared” by death squads and secret police in Argentina during the ‘dirty wars’ of the 1970s and 1980s. Only later did he learn that two of his boyhood friends had lost their own father in a disappearance.

This realization was not only personally shocking, but also spiritually disturbing. Derek knew then and there that his faith community did not have anything to say about this sort of global catastrophe. These reflections caused him to question the faith tradition of his childhood, which, for all its vibrant spirituality, tended toward anti-intellectualism and political quietism. It offered great hope and comfort for the life to come but failed to provide a sense of purpose for this life.

This tension around church would find resolution during Derek’s college years. One day at lunch, a friend invited him to join him for church the next Sunday. The invitation would change the course of Derek’s life.

The following Sunday Derek headed to church, sight unseen and name unknown. As it turned out, it was an African Methodist Episcopal Zion church. As Derek recalls, “I was the only white person there—but it was the first church that ever really made sense to me.”

Why was this tradition so resonant? It combined three elements of the faith that Derek longed for: expressive worship, credal theology, and the incomparable social witness of the historic Black church. He remained a part of that church during college and the following three years. During that time, he met weekly with a group of men to discuss faith, race, and social issues.

These years laid the foundation for the ministry and scholarship of Derek’s adult life. He spent several years in campus ministry, where he sought to make connections between the sanctuary, the seminar room, and the street corner. He decided it would be most effective to focus his efforts on the “seminar room” (i.e. higher education), which was fine with Derek, who describes himself as “a nerd by nature.”

After his wife, Tara, obtained her MDiv at PTS and began her ministry as a college and university chaplain, eventually it was time for Derek to pursue his MDiv and PhD in religion and society, which he completed in 2014.

Derek’s research and teaching have focused on social ethics and public theology—a fitting vocation for someone whose life was shaped by concern for political resistance, from South American juntas to American Jim Crow. What, exactly, is public theology? Setting aside some abstract technicalities, for Derek, it can refer to three things: anything Christians say or do in public about the public; biblical and theological reflection about the public; or Christian advocacy for particular public policy. During the Civil Rights Movement, a central subject of Derek’s research and teaching, public theology includes the grassroots organizing and mass mobilizing of ordinary Christians for nonviolent direct action, the preaching and writing of Black clergy and laity, as well as support for legislation like the Civil Rights and Voting Rights acts.

Derek taught at the Lutheran Theological Seminary at Philadelphia for two years as a post-doctoral fellow before taking a three-year appointment at University of Otago in New Zealand, where he coordinated a civic engagement program for the University’s Center for Theology and Public Issues. Program highlights included his inaugural lecture hosted by a Member of Parliament, a panel featuring New Zealand’s equivalent of a Secretary of State, and a series of #MeToo and #ChurchToo panels focused on sexual violence in churches.

In 2019, Derek’s family moved to Pittsburgh, where Tara had taken a job in pastoral ministry. Since that time, Derek has served the Seminary as lecturer and has provided administrative assistance to both Academic Affairs and Seminary Advancement. We are so grateful that Derek’s journey has brought him here to our community! 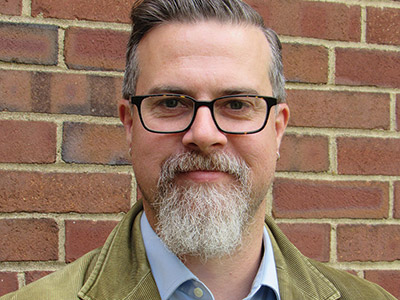