To mark this anniversary, Don—who served as academic and reference editor for Westminster John Knox Press—helped introduce the PTS Oral History Project, titled “Early Years, Consolidating Memories,” at the November 2019 Board meeting. “Well-coordinated by historian John Horan, the Project features audio and video interviews of students, faculty, and others with unique connections to the Seminary in the early, formative years of its existence, when administrations, faculty, and students merged into the new institution,” Don explains. “An important contribution to our permanent archive through the interviewees’ memories of professors, seminary life, and the school’s emerging mission, these reflections witness to ways PTS community members of the time understood the Seminary’s importance for their lives and ministries.” The Project includes an interview of Don himself, as well as “a number of people I’ve known through the years. So from an ‘up-close-and-personal perspective,’” he comments, “this project has been very satisfying.”

Don points out the importance of pursuing the Oral History Project today so as not to lose the opportunity to preserve these memories, now six decades past. “In the interviews, we hear about the ‘growing pains’ of PTS, memorable personalities, frictions, ways in which prior ‘United Presbyterian’ and ‘Presbyterian’ denominational traditions were influential, and ways that visions of Christian life and ministry were enlarged,” he says.

“Hearing these voices helps us understand what’s in our ‘social DNA’—including our ecumenism. Throughout our history as primarily Presbyterian, we’ve comprised a healthy mix of Christian traditions and various denominations. Diversity, welcome, and change have been integral to who we are—so we’ve grappled with identity questions for decades. Knowing, understanding, and preserving this history helps ensure that future generations can learn from our past for faithful Christian service in the world of today.”

“I’m excited for the ways these fascinating interviews open up the life of the Seminary through personal stories of those who experienced this period firsthand,” says Don. “They help us ‘solidify an epoch,’ as one interviewee memorably put it.” 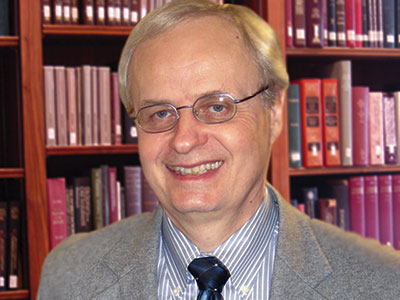