Pittsburgh Seminary is pleased to announce the appointment of the Rev. Dr. R. Drew Smith as the new director of its Metro-Urban Institute. Dr. Smith, who has been with PTS as professor of urban ministry since 2013, will now serve jointly as a faculty member and as the MUI director.

As the new MUI director, Smith brings commitments to ministry and scholarship that build upon MUI’s rich history of engagement at urban intersections of religious and social life. Smith aims to reinforce MUI’s capacities as an academic and community-building resource for urban ministries and organizations, while centering MUI’s programmatic work in theoretical objectives that extend across the scope of MUI’s work and involvements.

“As MUI across the years has engaged with a changing urban landscape and with persons positioned at the front lines of these changes,” says Smith, “MUI’s approach has been to look and listen, to dialogue and deliberate, to analyze and act—all the while remaining attentive to where the church is involved, or should be involved.”

One issue MUI will focus on in the months ahead will be faith community responses to neighborhood redevelopment within metro-Pittsburgh. With funding support from the Luce Foundation, MUI will be examining shifts in community life within several gentrifying and economically-reconfiguring neighborhoods as seen through the eyes of residents, community leaders, and faith leaders within these contexts. This project is part of what will be a larger anticipated MUI focus on social dissonances that sometimes accompany urban diversity and change.

With a new director at the helm, MUI will build upon legacies of previous MUI leaders, including the Rev. Dr. Ronald Peters, who was both MUI director and a faculty member from 1991 through 2011, and the Rev. Kimberly Gonxhe who was MUI director from 2014 until she stepped-down from the position in 2019 to pursue further studies. 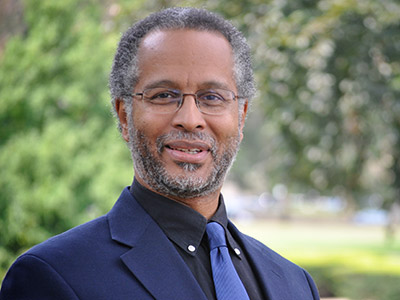