What child wouldn’t want to learn about the letter “y” while watching Miss Ing do her version of rap dancing!

An ordained American Baptist pastor, the Rev. Kalchthaler approaches her job at the Library as a ministry. She also serves part time as pastoral care director at North Hills Community Baptist Church. Ingrid’s passionate about both roles as avenues of service because they empower people with resources—resources for education, and resources for learning about and coming to know Jesus Christ. In fact, Ingrid adapts some of her “dramatic” readings of children’s stories in the Library for YouTube videos to “make a God connection” for kids—through her puppet Farmer Farmer, who accompanies her in giving children’s sermons at NHCBC.

Ingrid’s involvement at the Library gives her an opportunity to help others explore the latter. In February and the first half of March, for example, she offered a six-week study titled “What’s Next: Spirituality for the Second Half of Life.” “When we hear the term ‘the second half of life,’” writes Ingrid, “thoughts of getting old and dealing with health concerns come to mind to the exclusion of others. Not true! There is so much more to be gained as we begin the process of letting go. We can let go of black-and-white thinking, of regrets and resentments and misconceptions. We can embrace forgiveness, compassion, and the truth that we are much more than what we have accumulated and what we have accomplished.” Welcoming people from all faith perspectives, Ingrid facilitated the group’s exploration of a “broad, encompassing path of spirituality” using Franciscan friar Richard Rohr’s Falling Upward and Benedictine nun Joan Chittister’s The Gift of Years.

Admittedly a lover of books—and one who’s held her SNHL position for more than a decade—Ingrid insists that, actually, her “most favorite things in the world are people.” Having felt called to the ministry in her early teens, she began developing her public speaking skills in high school. After earning a bachelor’s in sociology and criminal justice from Duquesne University, she enrolled at PTS for her M.Div. But not yet finished pursuing her educational goals, she earned her master of library and information science from the University of Pittsburgh while serving full time as associate pastor of NHCBC (from 1994-2001).

In 2003 Ingrid became head of youth services at Bethel Park Public Library. Working there with her brother and fellow librarian until 2009, she traveled the country to give presentations on their work with homeschoolers and intergenerational program offerings. Today, when she’s not working at the Library, livestreaming on Facebook, or serving at the church, she performs stand-up comedy! 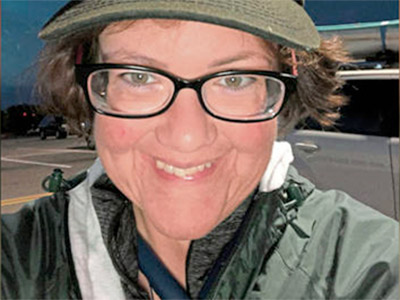