The Rev. Dr. Joan Prentice ’05/’11 has been named the Pittsburgh Theological Seminary 2021 Distinguished Alumna in Pastoral Ministry. The Seminary community is grateful for Joan’s innovative and Spirit-filled ministry—a ministry whose vision and methods were birthed during several key moments in her journey in and around PTS.

As Joan was completing her M.Div. work at the Seminary, she received what she understood to be an idea from God, an idea to help create a church without walls. This was the very first seed of Joan’s current ministry, but it took eight years for the vision to take shape. What would this “church without walls” look like? Whom would it serve? Joan only knew it would need to be non-traditional, but still anchored in Joan’s understanding of who God is.

On a lunch break during Joan’s doctor of ministry studies, she visited Highland Park and pondered content from one of her classes. While driving through the park, a distinct phrase came to her: “The church is an organic, ontological reality.” This perplexing phrase would play a key role in Joan’s DMin final project, which culminated in four seminars in her Baptist church. The seminars, which discussed the Triune God and church reimagined as alive and participatory, laid the theological groundwork for Joan’s new ministry venture.

The name of the ministry finally came to Joan as she was praying in a local community center. Language in Ephesians 1 brought to life the “ontological reality” of the church, and imagery in Ephesians 2 seemed to narrate her picture of a “church without walls.”

Joan now knew the name of the ministry she was already building: The Ephesus Project.

The Ephesus Project officially launched in 2013. Part of the launch included New Paradigm leadership trainings, which were also part of Joan’s DMin dissertation. These trainings equip leaders to understand and participate in ministry in postmodern contexts. But perhaps the core of the Project’s ministry is its Grace Space gatherings. The Grace Spaces are small community gatherings where people worship together—but they’re not places for people to just passively receive ministry. Instead, every worshiper is invited to contribute ideas, ask questions, and experience holistic healing.

During the pandemic, The Ephesus Project went virtual, livestreaming its Grace Space gatherings and contemplative prayer sessions. Now, as the world slowly emerges from the pandemic, the Project is at an exciting inflection point. It is now holding in-person worship gatherings in Highland Park at the Sycamore Grove. These outdoor services will be held each third Sunday through September. Meanwhile, Joan and her team are looking for a larger long-term space that will house all the ministries of The Ephesus Project.

Please join us in congratulating Joan and praying for her continued leadership of The Ephesus Project! 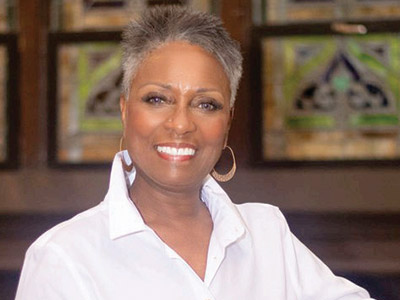