Born and raised in greater Pittsburgh, the Rev. Dr. John White ’82/’09 also received his higher education and began his ministry and professional career in Western Pennsylvania. After earning his bachelor’s in biblical studies and philosophy from Geneva College, he pursued an M.Div. and later a D.Min. at Pittsburgh Theological Seminary. While still a master’s student at PTS, he began serving as the Seminary’s director of admissions and student relations, during which time he also moderated the session of Hazelwood PC. Eighteen years after graduating, John became dean of students. In those two positions he served for a combined 12 years at PTS. And in 2019, Pittsburgh Seminary honored him with the Distinguished Alumnus Award in Specialized Ministry.

"John has had a lasting impact on seminarians across the country in his work as dean of students over the decades," said the Rev. Carolyn Cranston '99, director of alumnae/i and church relations. "It was a delight to honor John with this award and welcome him back to campus for the festivities."

In the intervening period, and having been ordained as a Minister of Word and Sacrament in the PC(USA), John ministered as pastor of Trinity PC in St. Petersburg, Fla., then as pastor of Witherspoon Street PC in Princeton, N.J. In Florida, he also served as a member of the Committee on Ministry and as moderator of Tampa Bay Presbytery. In New Jersey he served in similar leadership positions—as a member of the Committee on Preparation for Ministry and as vice moderator of New Brunswick Presbytery.

After returning to Pittsburgh as dean of students in 2000, John moderated the sessions of Valley View and Fourth PCs and served as temporary supply pastor of Bethesda PC. In addition, he became a member of the Committee on Preparation for Ministry as well as vice moderator of Pittsburgh Presbytery. During these years he also earned his doctor of ministry degree.

John’s first year of service as minister commissioner to the General Assembly of the PC(USA) came in 1990, during his pastorate in Florida, and repeated in 1998 and 2003, during his pastorate in New Jersey and deanship at PTS, respectively. In 2005 he was called to Decatur, Ga., to become vice president for student relations and dean of students at Columbia Theological Seminary. There he continued to provide leadership in the church, this time as moderator of the session of New Life PC in College Park.

After eight years in Georgia, John was called to his current position—that of vice president for student relations and dean of student life at Princeton Theological Seminary. Since returning to New Jersey, he has also served as a member of the Leadership Transitional Team and the Committee on Ministry for New Brunswick Presbytery. In 2018 he began moderating the session of First PC in Hamilton Square. 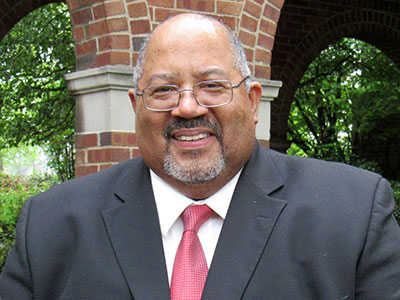