Engaging with God and the Gospel Cross-Culturally 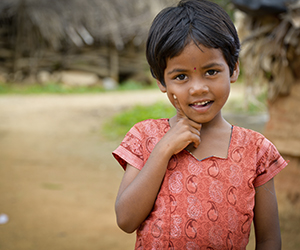 Join us for the annual W. Don McClure Lectures Mon., Sept. 29, and Tues., Sept. 30, 2014. Keynote speaker is Daniel Jeyaraj, professor of world Christianity and director of the Andrew Walls Centre at Liverpool Hope University in Liverpool, UK. These lectures and discussions, held in the Chapel Auditorium, are free and open to the public.

This year’s lectures will address the topic, "Engaging with God and the Gospel Cross-Culturally."

If you plan to attend the WMI Dinner on Sept. 29, please register and pay online. The lectures are free and open to the public. Contact the Seminary’s Office of Continuing Education at ConEd@pts.edu or 412-924-1345 for more information.

Jeyaraj's primary professional interest is in the dynamics of Christian engagement with the people of other cultures and religions. Since 1990, he has studied the legacy of European missionaries and Indian Christians who were associated with the Royal Danish-Halle Mission (1705-1845). This missionary undertaking with its major center in Tranquebar, southeastern India, brought together Christians and non-Christians in various parts of India, Germany, Denmark, and England. Together they laid the foundations for modern Protestant Christianity in India and initiated an intense exchange of intercultural ideas and skills.

Jeyaraj is from Kodaikanal in Tamil Nadu, South India. He holds two doctoral degrees – one from Martin Luther University Halle-Wittenberg in Germany and the other from University of Mumbai in India. He is the first Indian theologian to receive the dissertation-based postdoctoral teaching degree, Dr. Theol. Habil., from the faculty of Theology at Martin Luther University Halle-Wittenberg. He has written extensively on Bartholomäus Ziegenbalg (1682-1719), the first Lutheran missionary to South India. Jeyaraj is an ordained presbyter of the Diocese of Tirunelveli, Church of South India and a licensed minister within the Diocese of Liverpool, Church of England.

About the W. Don McClure Lectures

These lectures honor The Rev. Dr. W. Don McClure, a 1934 graduate of Pittsburgh Theological Seminary, who served as a missionary in Africa for nearly 50 years. McClure’s years in Africa spanned dugout canoes to jet boats, in an arc through Sudan and Ethiopia equal to the distance between Pittsburgh and Dallas. After retirement he continued as a volunteer at Gode, Ethiopia, until guerrillas killed him on March 27, 1977. Don McClure's life story is told in Adventure in Africa: From Khartoum to Addis Abada in Five Decades (1990) written by Charles B. Partee, P.C. Rossin Professor Emeritus of Church History at the Seminary.