Emeritus Board Member Dr. Earnest Jonathan Edwards Jr. died June 18, 2020, after a prolonged illness. He was 82. A native Virginian, “Earnie” was living in Northern Virginia/Washington, D.C. at the time of his death.

The third of seven children, early in life he adopted a strong work ethic. Working night shifts as a waiter and serving as a substitute school bus driver while still a full-time student, Earnie earned his bachelor’s in accounting from Virginia State University, then a master’s from Duquesne University in Pittsburgh. Virginia State awarded him an honorary doctorate in recognition of his service on its board and as rector of its board of visitors.

Prior to retiring from Aluminum Company of America (ALCOA) as senior vice president and controller, Earnie had served as a first lieutenant in the U.S. Air Force, was employed by the Internal Revenue Service, and worked for the Federal Housing Department in Washington, D.C. In retirement he provided consulting services to the U.S. Treasury Department. Accounting Magazine voted Earnie one of America’s 10 most influential corporate figures in the accounting industry, and he was named to the Financial Executives International Hall of Fame.

Also active outside his professional appointments beyond Virginia State University and Pittsburgh Theological Seminary, Earnie served on the boards of LaRoche College, in Pittsburgh’s North Hills; Duracell International Inc.; and Martha Jefferson Hospital, in Charlottesville, Va., which awarded him its Henry B. Theielbar Leadership and Governance Award. Additionally, Earnie was a member of Kappa Alpha Psi Fraternity Inc.

Earnie also served in church leadership roles for 31 years—as a deacon at Pittsburgh’s Mt. Ararat BC and as a member of the diaconate ministry at Mt. Zion BC in Charlottesville, Va. With his college sweetheart and wife of 50 years, Dr. Lottie Payne Edwards, he poured a labor of love into The Mount Ararat Community Activity Center, on Negley Avenue in Pittsburgh. After Lottie’s death, he married Sherry Gray Edwards in 2015.

Having joined the PTS Board in 2001, Earnie was awarded emeritus status in 2014. Throughout his career he heeded the biblically based teaching of his parents, “Whatever you do in life, do it as if you were working for the Lord; give it your best effort.” 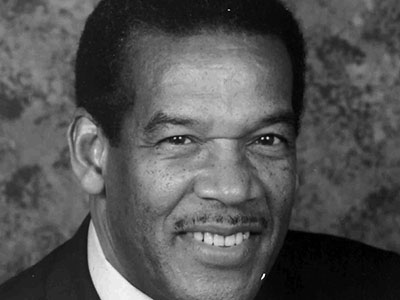