Nancy Hart Glanville Jewell, 92, died Aug. 2, 2020. She lived in Houston, Texas, at the time of her death and was a long-time resident of Darien, Conn. She died as she lived and as she wished, always a lady.

Nancy graduated from Scripps College in Claremont, Calif., in 1949 and later that year married Jim Glanville. Together they had four sons. Jim Glanville died in 1992, and Nancy in 2001 married George H. Jewell of Houston. They had a happy 12 years until his death in 2013.

Intellectually curious, she read extensively and traveled the world. Nancy provided intelligent leadership and her considerable skills and hard work to many charity boards and organizations. Nancy first joined Pittsburgh Seminary’s Board of Directors in 1986, vice chair of the executive committee from 1994-1995, and became a member emerita in 1997. The previous year she was given the Anderson Award of Merit, the Seminary’s highest honor recognizing the unique service and contribution of special friends of PTS.

Additionally, she was chair/president of the Noroton Presbyterian Church, YMCA of Darien and Town of Darien Beautification Commission, as well as at various times serving as chair of board committees for Scripps College, the Madison Council of the Library of Congress, Mid-Fairfield Hospice, Land Trust of Darien, and Junior League of Stamford-Norwalk. She had also been a member of the boards of Museum of Fine Arts, Houston and its Bayou Bend Collection, Garden Club of Darien, Children’s Aid Norwalk, and Five Town Communities Fund.

Nancy is survived by her four sons, two stepchildren, and nine grandchildren. 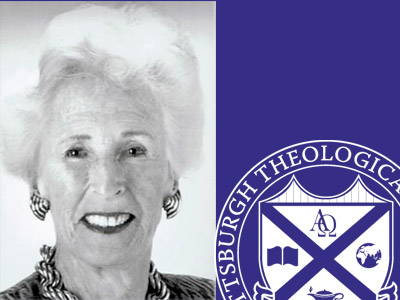