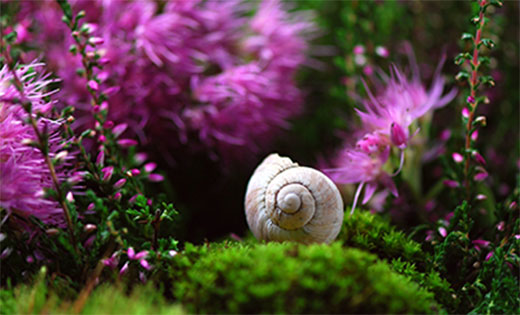 I want to be with people who submerge
in the task, who go into the fields to harvest
and work in a row, and pass the bags along,
who are not parlor generals and field deserters
but move in a common rhythm
when the food must come in or the fire be put out.
- Marge Piercy, To be of use

The work of women is often a contested thing – its shape, its worth, its dignity and power. But over and over again, the world is saved and healed by the work of women: women who are menders and makers, growers and bakers, artists and teachers and caregivers. Join us for conversations with inspired and inspiring women who connect the work of their hands to the well-being of our communities and help create a world that supports the flourishing of all.

Each monthly session will be a “micro-retreat,” a time set apart with conversation, practices, and community led by wise women. We will provide registrants with materials to help connect the series together and we encourage you to form cohorts of friends to experience the sessions with each other. Plus, we will provide additional opportunities for participants to connect with each other throughout the year!

Kendall Vanderslice is a baker, writer, and founder of the Edible Theology Project, an educational nonprofit media project. A graduate of Duke Divinity School (master of theological studies), Boston University (MLA gastronomy), and Wheaton College (BA anthropology), she has committed her life to the study of food and community formation. Kendall is a professionally trained baker, having learned from several top American pastry chefs. In 2018, she was named a James Beard Foundation national scholar for her work bridging food and religion. She is the author of We Will Feast: Rethinking Dinner, Worship, and the Community of God, born out of five years spent researching churches that worship together around the table. Her forthcoming book, By Bread Alone: A Baker’s Reflections on Hunger, Longing, and the Goodness of God, will be available spring 2023. She speaks regularly at churches, colleges, and universities around North America. Her writing appears in Christianity Today, Christian Century, Faith & Leadership, and Religion News Service.

Becca Stevens is a speaker, social entrepreneur, author, priest, founder, and president of Thistle Farms, which began as a single home for survivors of trafficking and addiction. Almost 25 years later, it is a global movement for women’s freedom. As an entrepreneurial leader, she has established 10 justice initiatives and has raised more than $55M in funding. Stevens leads important conversations across the country through speaking, advocating, preaching, and writing. She walks the line between pragmatism and poetry in her message that love is the strongest force for change in the world. Stevens has been featured on PBS NewsHour, The Today Show, CNN, ABC World News, and in The New York Times. Her many awards include CNN Hero, White House Champion of Change, Humanitarian of the Year by the Small Business Council of America, Tennessee Human Rights Outstanding Service Award, and induction into The Entrepreneur Center’s Hall of Fame, and Tennessee Women’s Hall of Fame. Stevens attended the University of the South and Vanderbilt Divinity School, receiving alumnae distinction awards from both. She also has been conferred multiple honorary doctorates.

The Rev. Laura Everett is a dedicated urbanist, a pastor in the United Church of Christ, a textile artist and mender, and a four-season bicycle commuter in her adopted city of Boston. She serves as the executive director of the Massachusetts Council of Churches. She is the author of Holy Spokes: The Search for Urban Spirituality on Two Wheels. Everett has served as co-host of the podcast Can These Bones, with the Rev. Bill Lamar, and her writing has appeared in the Boston Globe, Christian Century, Faith and Leadership, Religion News Service, and on NPR. You can connect with her online at www.reveverett.com, @RevEverett on Twitter and Instagram, or through mendingchurch.com.

Vernée Wilkinson is a community outreach and non-profit communications consultant. She has a creative and entrepreneurial heart that is applied to all of her endeavors in life. Vernée received her Spiritual Direction training through  Selah: Center for Spiritual Formation. In direction sessions, she prayerfully offers a companionship that is welcoming to all people. Vernée will be presenting with Rev. Everett.

The Rev. Jennifer Bailey is an ordained minister, public theologian, and a leader in the multi-faith movement for justice. She is the founder and executive director of the Faith Matters Network, a womanist-led organization equipping community organizers, faith leaders, and activists with resources for connection, spiritual sustainability, and accompaniment. Bailey is co-founder of the People's Supper, a project that aims to repair the breach in our interpersonal relationships across political, ideological, and identity differences over shared meals. A sought-after commentator and public speaker on the intersection of religion and public life, Bailey has spoken at the inaugural Obama Foundation Summit, Makers, TEDxSkoll, and the White House. Her work has been featured on OnBeing with Krista Tippett, CBS This Morning, The New York Times, The Washington Post, and dozens of other publications. She is the author of To My Beloveds: Letters on Faith, Race, Loss and Radical Hope (Chalice Press, 2021). Bailey is ordained in the African Methodist Episcopal Church. Follow her at @revjenbailey.

Hedda Sharapan is a senior fellow at The Fred Rogers Center, Saint Vincent College, and child development consultant at Fred Rogers Productions. She began working with Fred Rogers 55 years ago on the first taping day of Mister Rogers' Neighborhood on October 1966. Over the years since then, building on her master’s degree in child development, she has served as assistant director, assistant producer, associate producer, and director of early childhood initiatives for his small non-profit production company. These days as a child development consultant for Fred Rogers Productions, she is a script consultant for its award-winning PBS children’s series Daniel Tiger’s Neighborhood and other projects. She received an honorary doctorate degree from Saint VIncent College and writes a monthly e-newsletter, “What we can continue to learn from Fred Rogers,” that reaches 10,000 subscribers. Hedda speaks all over the country, presenting professional development for teachers and discussing Fred Rogers’ work with audiences of all ages.

All sessions will be held from 7:30-9:00 p.m. ET on the specified dates. We are exploring the possibility of having the sessions recorded and available at a later time for those who are registered.

Registration for this event is required so we can send you the Zoom link. The series has a sliding scale for registration so all may participate as they are financially able. The suggested registration fee is $100.

Note: Registration will be closed at the end of business on Jan. 18 to prepare for the Jan. 19 session and will reopen Jan. 20. We apologize for any inconvenience.

We will e-mail details about logging into the webinar for each "retreat" session a few days before the program. The access information will be the same for all sessions.

Be sure to mark your calendar!